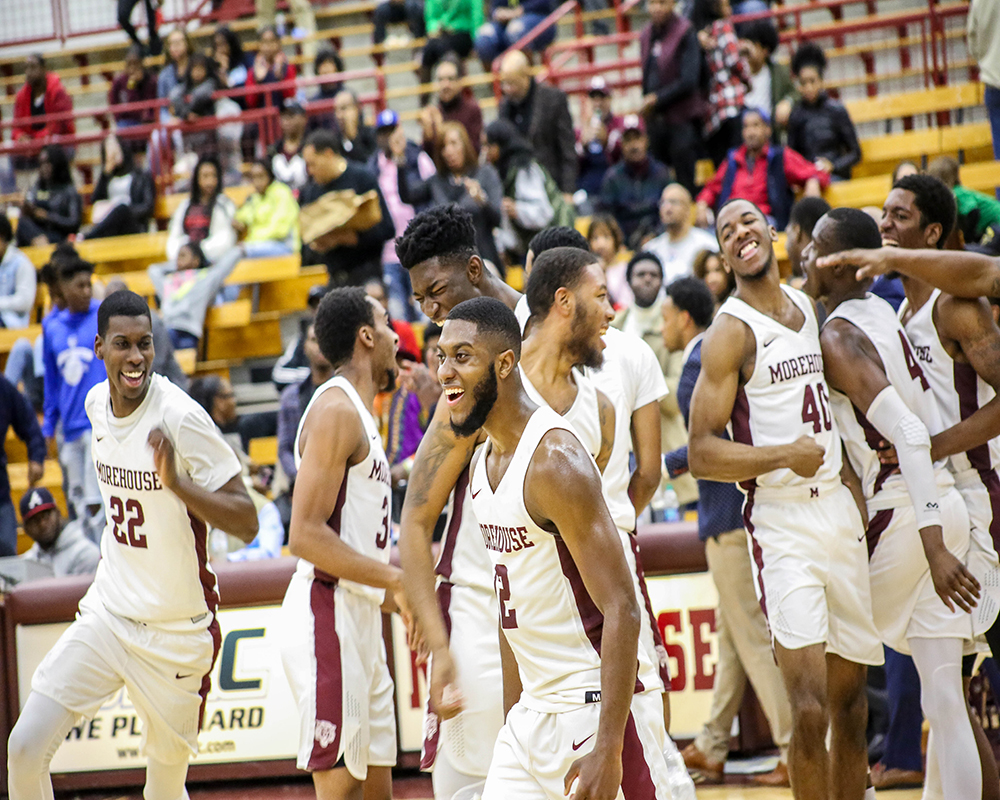 “It feels good, the guys worked hard, they deserve [their success because of ] the work they put in to get to 20 wins,” head coach Grady Brewer said. “We have to get prepared now for the next season, which is the tournament season.”

The Tigers begin postseason play in the SIAC Tournament in a quarterfinals game Wednesday at 7:45 p.m. in Birmingham, Alabama.

Morehouse is no stranger to the postseason as they advanced to the semifinals of the 2018 SIAC tournament and hosted a home game as a No. 1 seed in the 2018 Division II NCAA Tournament. The Maroon Tigers lost to the Claflin Panthers in the SIAC tournament 77-69 and then took a heartbreaking loss to Florida Southern College in the NCAA Tournament after having a 20-point lead.

The failures from last year’s postseason have not only helped this team become better, but tougher. Senior forward Omar Alston was a part of last year’s team and has been a product of becoming tougher by improving his play on the court. Alston leads the team in scoring (14.5 ppg.) and rebounding (11.5 rpg.) and knows the team cannot become comfortable with their success.

“Don’t get comfortable,” Alston said. “Last year we got comfortable and they (Florida Southern College) came back to beat us and we don’t want that to happen again.”

If Morehouse wants to experience a different outcome in this year’s postseason, the Tigers will have to lean on their defense, which has been strong all year. The Maroon Tigers are limiting opponents to shooting just 39 percent from the field and 65 ppg. In comparison, the Maroon Tigers are shooting 47 percent from the field and averaging 75.5 ppg, creating a +10.5-scoring margin.