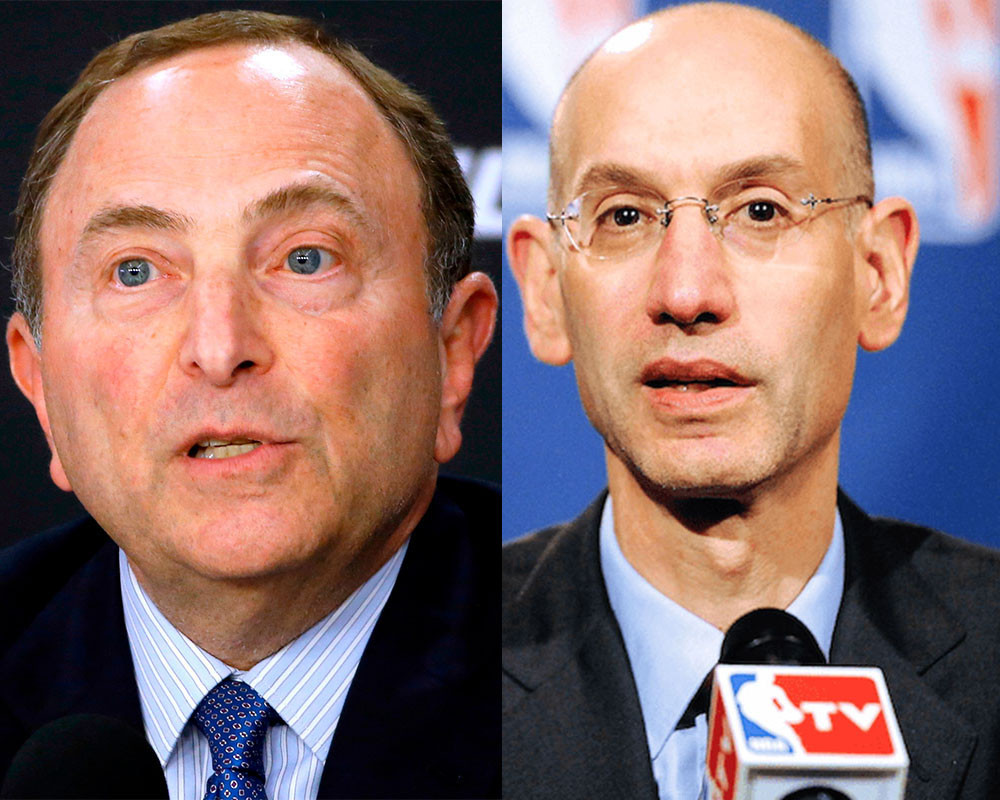 The COVID-19 pandemic has quickly spread mass panic throughout the world in over three months. Government officials around the world telling people to stay inside has halted many aspects of normal life. One of the integral aspects of life that was put on hold was the playing of sports. With one of the few active sports being esports. Most leagues have halted their seasons to better combat the COVID-19 pandemic.

Many sports leagues around the country have already begun discussing ways to combat the issue of the COVID-19 pandemic presents. However, the two leagues that will have the more interesting decisions will be the NBA and the NHL. Here are some the pros and cons of each avenue the NBA and NHL could take regarding their seasons. 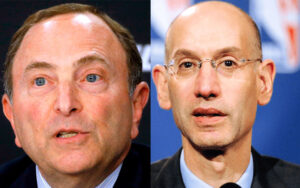 NHL Commissioner Gary Bettman (left) and NBA Commissioner Adam Silver both have difficult decisions to make in the coming weeks regarding their respective leagues./Photos by The Associated Press

The first avenue would be to move the date of the league’s respective finals back by a couple of months. The pros would be that the bubble teams in each league would get a chance to fight their way into the playoffs along with teams trying to get better positions within the playoff rankings.

The cons to this would be that it would give the players a shorter offseason if the next season were to start on normal time in late October. Additionally, it would shorten the period of key events like the draft, free agency and even the summer league for the NBA.

The pros to this are both leagues end within a reasonable timeline thus giving the players a reasonable time for the offseason. The cons to this idea are that it would not give bubble teams a very good shot of making the playoffs. Additionally, the simplified playoff format would add more unpredictability to the quarter final rounds.

The final and most controversial solution the NBA and NHL could try is to cancel their season outright. It seems crazy to even ponder something like this happening but each day the pandemic gets worse the more likely this idea turns toward reality.

The pros are that each team gets an extra-long offseason, giving players extra rest and the opportunity for injured players to get back to full health for the 2021 season. The cons are pretty clear – there will be no 2020 NBA or NHL champion. There will be no team that will have bragging rights going into the 2021 season.

I would pick the second option, the shorter option. It just seems like the idea that makes the most sense and makes all parties happy. I would not mind the NBA and NHL cancelling their seasons on the basis that it would make for a 2021 season that we have never seen before.

“The road to the [Stanley] Cup this season is going to be an imperfect journey, littered with caveats and asterisks,” Greg Wyshinski said for ESPN.com

Whatever route the NBA and NHL choose it will cause controversy. However, the league owners need to understand that the players build their respective leagues, and the safety of the players and the fans should always take precedence over everything else.