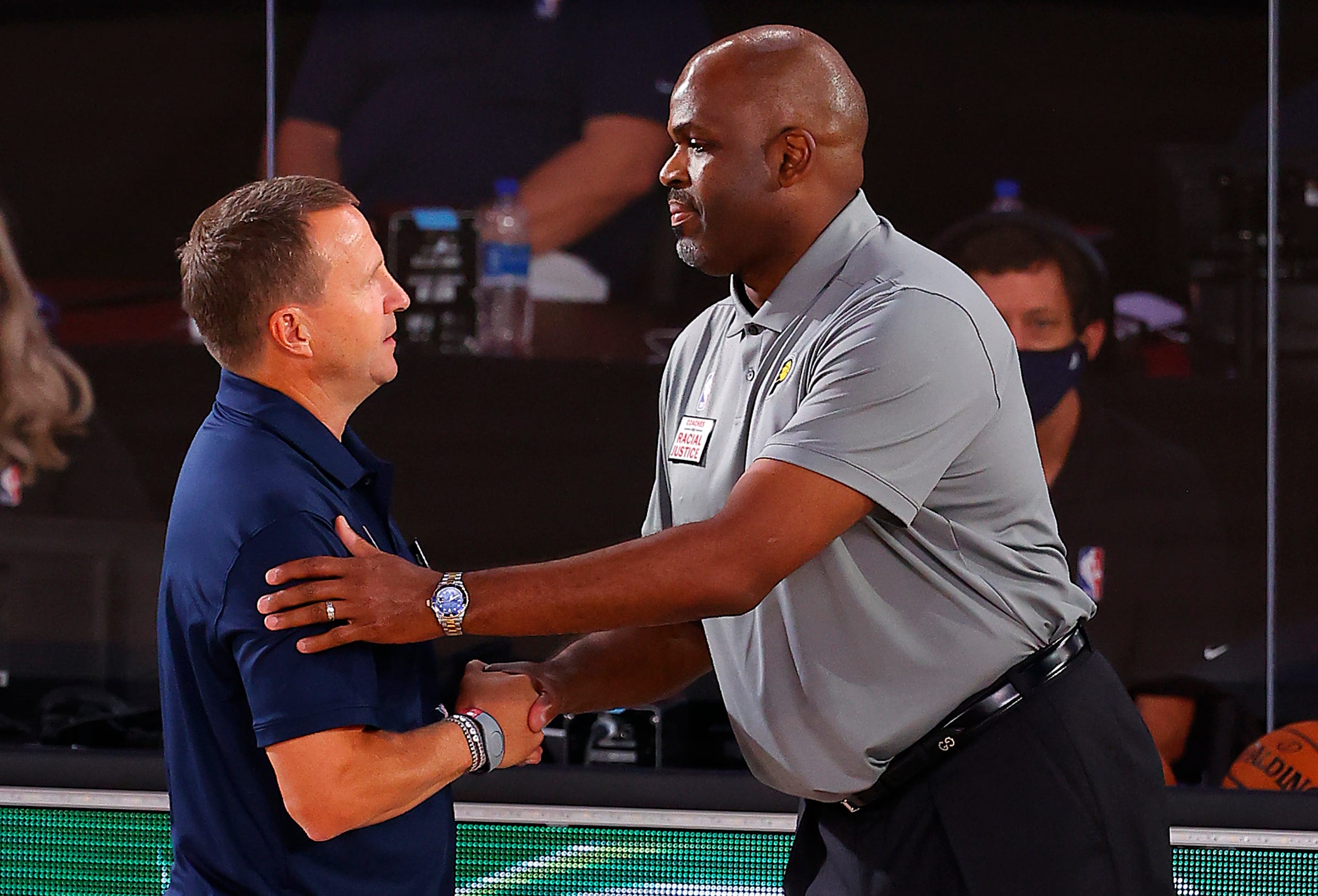 On July 22, the NBA Bubble opened and 22 teams were brought in to finish the season.

The playoffs began August 17 and by late September, seven NBA coaches were fired. Four of those coaches were black. These coaches were Alvin Gentry, Nate Mcmillan, Jacque Vaughn, and Doc Rivers. Doc Rivers has secured a coaching job with the 76ers, but other coaches aren’t that lucky, such as Nate McMillan. McMillan was the coach of the Pacers for four years and has made the playoffs every time. Unfortunately, they were unable to make it past the first round of playoffs; losing to the Raptors in seven games, losing the next two years to the Cavs, and last year to Boston. Granted, it doesn’t seem like progress was made, however, there are things to consider. McMillan’s Pacers have had a change in personnel on the team with the trading of Paul George for Victor Oladipo and Domantas Sabonis on top of both players taking turns being injured during playoff series. Jacque Vaughn, former head coach of the Brooklyn Nets, had similar issues.

Vaughn was the assistant coach of the Brooklyn Nets until finally taking the head coaching job in 2020. This was probably an exciting move up, especially because of Kyrie Irving, Kevin Durant, and DeAndre Jordan. decided to sign with the Nets. Unfortunately, Durant is injured and isn’t expected to play until 2021 and Irving decided not to play in the bubble out of protest and support of Black Lives Matter. One would think that this shouldn’t have too much effect on performance, but the team ran into more bad luck. Spencer Dinwiddie, Michael Beasley, DeAndre Jordan, Nick Claxton, and Taurean Prince tested positive for COVID-19. Wilson Chandler opted not to enter the bubble to stay with his family. This means that about half of the team is out of commission. Having this in mind, it seems unfair to replace him as head coach, especially after only one season of being the coach.

Alvin Gentry, on the other hand, coached the New Orlean Pelicans for five years. The head coach was last seen in the playoffs in 2018 with Anthony Davis, Rajon Rondo, and Demarcus Cousins playing for him. That year the Pelicans made it to the second round of playoffs but lost to the Golden State Warriors in five games. He recently acquired young talent within the last two years with a trade resulting in receiving Josh Hart, Lonzo Ball, and Brandan Ingram for Anthony Davis, as well as drafting Zion Williamson. This past season Gentry and his young team were only five games shy of making the playoffs. Yet, he was fired. Gentry had just been blessed with a young team with loads of potential and didn’t get the chance to show the team’s promise without the help of a superstar.

The firing of these coaches displays a message to the NBA audience. The message of black coaches having a shorter clock than white coaches. These black coaches, McMillan, Vaughn, and Gentry, were hired into a situation and got fired for nothing that was their fault. Injuries, illness, and other things out of a coach’s control should be considered before firing that coach. McMillan couldn’t help the fact that two of his best players struggled with injuries. Vaughn coached to the best of his ability but was left short-handed due to COVID. Gentry was probably about to have one of the best-rebuilt teams with the Pelicans but wasn’t even given a chance to work with the talent he had. Even though times have supposedly changed, black people are still forced to be twice as better than their white counterparts in half the time.