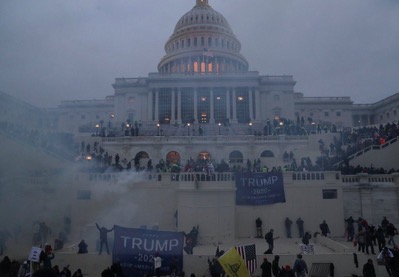 While members of Congress were counting electoral college votes to confirm President-elect Joe Biden’s November victory, insurrectionists stormed the United States Capitol Building in Washington, D.C. Resembling a movie rather than a news broadcast, the world tuned in as an army of President Donald Trump’s supporters breached security and forcefully entered the Capitol, Wednesday, Jan 6.

The violence resulted from President Trump once again falsely claiming the presidential election was stolen from him and urging his supporters to contest the results. The mob confronted Capitol police, climbed walls, and destroyed windows before flooding the House and Senate floors as well as various offices.

Following the invasion, House and Senate chambers went into recess as lawmakers were evacuated. Reinforcements from Maryland, Virginia, and Washington, D.C. National Guards were deployed to secure the Capitol as Washington Mayor Muriel Browser instituted a 12-hour curfew. 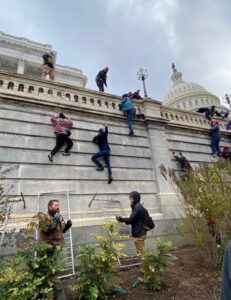 Biden released a statement condemning extremists wreaking havoc in Washington, D.C. He described the violence as “chaos” and “insurrection” before calling on Trump to condemn the riots on national television.

“This is not dissent. It’s disorder. It’s chaos. It borders sedition, and it must end now,” Biden said. “I call on this mob to pull back and allow the work of democracy to go forward.”

Biden urged Trump to immediately “fulfill his oath” and “demand an end to this siege.”

Shortly after, via Twitter, Trump released a video statement riddled with contradictions and lies. Rather than criticizing the acts of the violent demonstrators, the President told his supporters they were special and that he loved them before asking them to go home.

“I know your pain. I know you are hurt. We had an election that was stolen from us,” Trump stated, adding fuel to the flames engulfing Washington. “This was a fraudulent election, but we can’t play into the hands of these people. We have to have peace, so go home.” 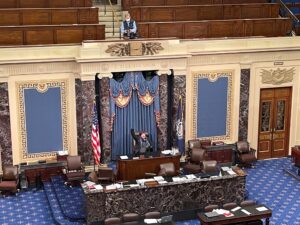 Despite the infiltration, Congress resumed session Wednesday night. Members of Congress including House Speaker Nancy Pelosi, D-CA, refused to allow the disruption to hinder Congress from fulfilling their responsibility to confirm the election results. The invasion pushed multiple senators to abandon their objections to electoral votes, including Sen. James Lankford, R-OK, and Sen. Kelly Loeffler, R-GA, who lost her re-election bid to Rev. Dr. Raphael Warnock in a run-off one day earlier.

A process that normally takes less than an hour was extended to over 13 hours including the disruption and debates. Biden’s Electoral College victory was not certified until nearly 4:00 a.m. on Thursday, January 7. 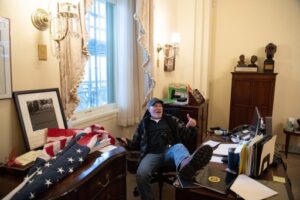 The siege of the Capitol was a direct attack on democracy that shocked the world and enraged many. The lack of force used by law enforcement officers to defend the Capitol despite the 56 officers reportedly injured was in stark contrast with the excessive force displayed at protests in the wake of George Floyd’s murder. Peaceful protesters throughout the nation endured tear gas, crippling rubber bullets, and brutal beatings at the hands of law enforcement.

The invasion exemplifies the differing realities and unstated rules that are sewn into the fabrics of American politics and society. Black people in America are frequently reminded that existing is a crime punishable by death, while insurrectionists overran Capitol Police and stormed the meeting place of the United States Congress. For Black families that have fallen victim to police brutality, watching the hostile takeover was heartbreaking as it epitomized the privilege that Black Americans can never attain.