Giannis and Brothers: We Are Family in Skills Challenge 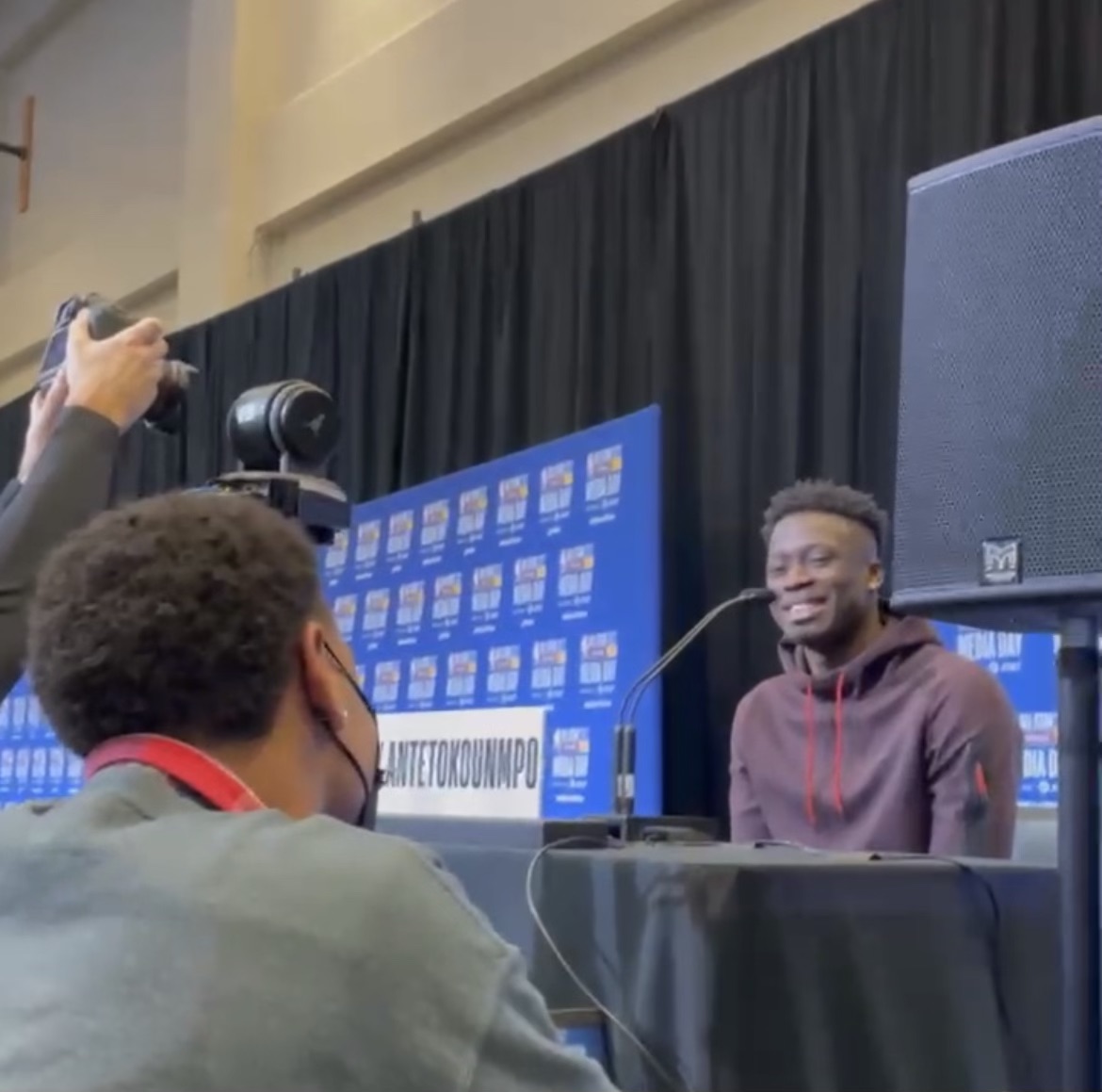 CLEVELAND – Imagine your entire family are high-level athletes. This hypothetical is all but a reality for the Antetokounmpo family. The Antetokounmpo brothers – Thanasis, Giannis, Kostas, and Alex – are literally the definition of a basketball family. This year in Cleveland for All-Star Saturday Night, three out of the four brothers competed in The Taco Bell Skills Challenge at Rocket Mortgage FieldHouse.

This year the Skills Challenge has a brand-new format. The NBA organized the participants into three unique teams: The Rooks, The Cavs, and The Antetokounmpos.

This brand-new format allowed the brothers to compete together for the first time. Youngest brother and stand-out for Toronto’s G-league affiliate team Raptors 905, Alex Antetokounmpo, discussed the opportunity of finally competing with his brothers during the All-Star 2022 Practice.

“It’s definitely a surreal moment being out here, I’m just trying to have fun and make the most of it,” Alex said. “It means a lot. . . . We actually haven’t competed in anything together. It’s going to be a great moment and I know a lot of people are going to enjoy watching.”

For Alex, it was his first opportunity to participate in any All-Star Weekend events. Whereas, his two older brothers, Thanasis and Giannis, have both participated in All-Star events before, even working together during their performances in The All-Star Slam Dunk Contest.

The fourth brother, Kostas Antetokounmpo, who won a championship with the Los Angeles Lakers in 2020, is currently playing overseas.  This is sure to be an exciting moment for the fans and the Antetokounmpo family.

The brothers faced a Cleveland team made up of Darius Garland, Jarrett Allen, and Evan Mobley and an exciting team of rookies including Cade Cunningham, Scottie Barnes, and Josh Giddey. Unfortunately for the three brothers, they finished last.