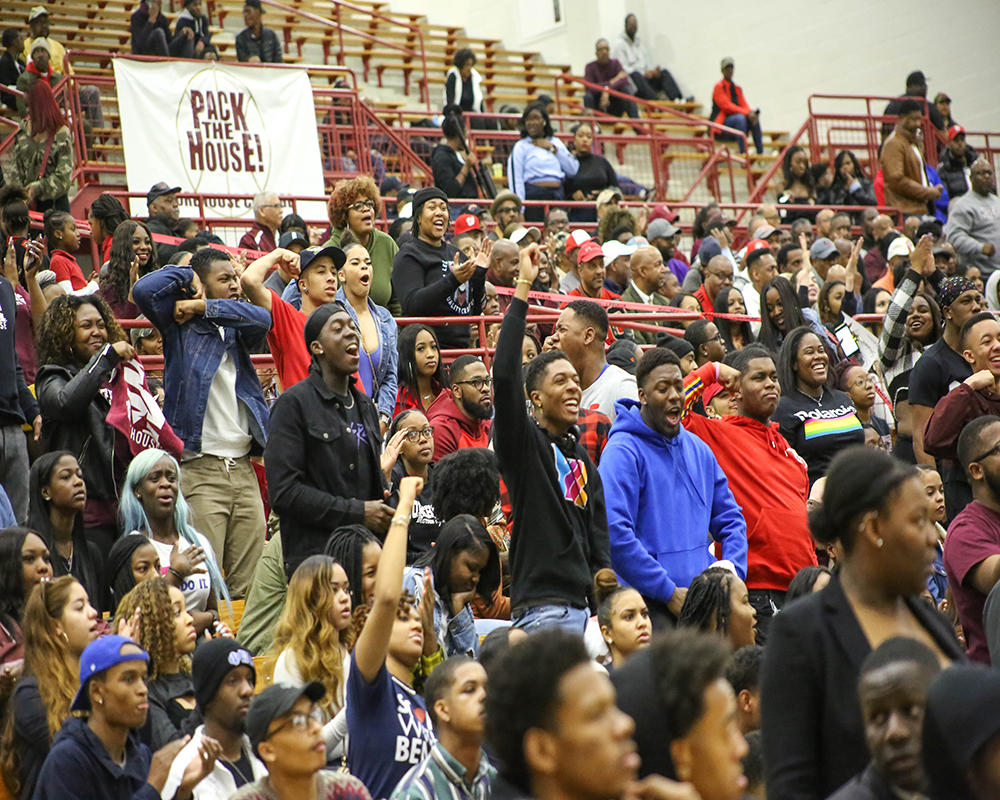 There was a royal rumble between the Morehouse Maroon Tigers and the Clark Atlanta Panthers in Forbes Arena Saturday night, especially within the last five minutes of the game. This game was Part II to the first electrifying game that took place on Jan. 26 on Clark’s campus.

Unlike last time, Morehouse was able to survive with a 70-67 victory that secured its second consecutive SIAC Eastern Division title. The Tigers had the lead for most of the game and played some very impressive defense, holding the Panthers’ shooting to 29 percent for the game. Morehouse’s largest lead was 13 points.

Morehouse’s defense was a definite focal point in the game. Morehouse (18-3, 12-3 SIAC) came away with eight steals and almost half the team recorded at least one blocked shot. The Maroon Tigers also recorded fewer turnovers than Clark. 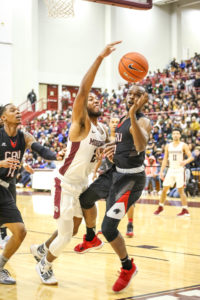 Unfortunately, Morehouse’s free throw percentages took a dip since the last time they played. The last time Morehouse went against Clark, the Tigers shot 73 percent from the free-throw line, but this time they only shot 52 percent by making 16 of 31 attempts.

“We have to learn how to finish games by passing the final exam, and that’s rebounding the basketball and making free throws,” Morehouse head coach Grady Brewer said. “We’re last in the conference in doing that so that’s not going to get us very far in tournament play. We’ve been having trouble with it all year long, but we’re trying to fix it someway somehow.”

On a more positive note, Morehouse dominated the paint. As many as 17 baskets were scored in the paint in a variety of ways, including two monster dunks late in the game that came from Morehouse guards Robert Andrews and Chibueze Ebinum. The latter finished with 15 points on 55 percent shooting from the field and he also made the last two free throws that sealed the victory for Morehouse with only six seconds left to play.

“It was a pretty big moment, but at the end of the day we work on these (free throws) so I was very confident with every shot I took,” Ebinum said about handling the pressure. “At the end of the day, I’m always playing my role and when we all play our roles, we are a better team.” 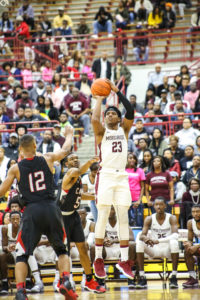 Once again, Morehouse forward Omar Alston was the team’s leading rebounder and scorer. He finished with 19 points, 17 rebounds, two blocks and a steal. Alston was scoring in the paint at will and got plenty of foul calls while doing so.

“We came with a lot of energy,” Alston said. “We could’ve played better, of course, with less turnovers and could’ve made more free throws. We played good overall and we got the W.”

This game was a satisfying watch with lots of energy coming from the crowd. Fans were unable to turn away because right after one team scored a bucket, the ball was back in play and going into the net of the other goal. It was a hard-fought battle between both teams, but the Maroon Tigers reigned supreme.