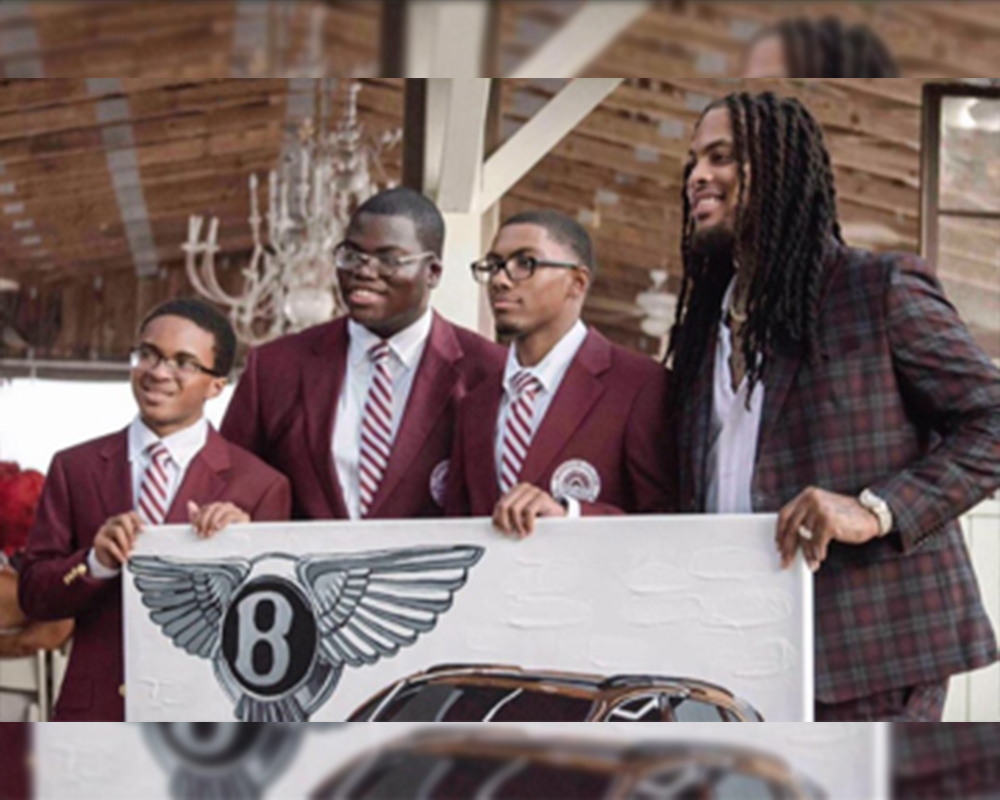 The Morehouse polo team was announced at the Atlanta Fashion and Polo Classic on September 29.The Morehouse College polo team will be the first polo team ever at an HBCU.
The team is sponsored by fashion designer and author Miguel Wilson’s Ride To The Olympics Foundation. As a kid, Wilson grew up in Washington, D.C., and developed a passion for horses. Wilson’s growth in this unique environment led to him creating his foundation.
“That passion for horses really changed my trajectory in life, exposing me to people and things that other kids in my environment were not exposed to,” Wilson said. “As an adult, I created a foundation called Ride To The Olympics which is about helping inner-city kids have access to the same types of experiences with equestrian sports horses and sports.”
Freshman English major Caleb Cherry started the team after his polo coach suggested that he do that at Morehouse so he could keep playing. Cherry has been playing polo for about five years and he has been competing in dressage (an equestrian sport)) for almost 10 years.
“It feels a bit proud and enlightening to know that I really started something here at Morehouse and to be able to do something in my freshman year just to start something off,” Cherry said. “It was really easy. Wow, I was able to do this. What else am I going to be able to do in the future?”
Polo is not the only sport with horses that the Ride To The Olympics Foundation supports. Show jumping and dressage are also sports that kids can gain exposure to.
“Quite frankly, the horses are more or less a catalyst for change,” Wilson said. “So, it goes beyond the horses. It’s about being able to give these kids the opportunities to see people and meet people who can have a positive influence on their lives outside of the hood.”
Polo is a game that upper echelon, affluent and prestigious people are attracted to. Polo not only gives kids and students from different environments the opportunity to meet, but it also gives them the opportunity to meet leaders of corporations and companies.
“So, polo is the catalyst in which enables these kids in these environments to meet the CEOs of corporations, the presidents of companies, philanthropists, people who have a sincere desire to make a difference,” Wilson said.
“So the game itself knocks that wall down and brings two sides together in a social environment to be able to have a conversation and be able to establish relationships.”
So far, the team has been practicing how to properly ride the horses and how to gain control of them. The team won’t start participating in matches until next year.
“For me, it wasn’t too hard,” freshman polo team member Justin Wynn said. “I’m not like an expert on horses or anything, but I’ve ridden a couple of times where you go on the trails and everything. Once he taught us how to sit on it and how to control and everything, I got the hang of it pretty easily.”
Students who choose to join the polo team have a chance to make history and be a force for change. Students cannot go back in time to participate in past movements. However, students can be a part of a polo team at an HBCU, which itself is historic, newsworthy, and life changing.
“The Civil Rights era per se, you know, you don’t have a chance to go sit at the counter and watch and demand service,” Wilson said. “You don’t have a chance to you know, get on the bus and not get in the back.”
Right now, the polo team has four members and Wilson’s goal is to have at least six members. Anyone who is interested in joining the polo team should try to find Wynn or Cherry on campus.