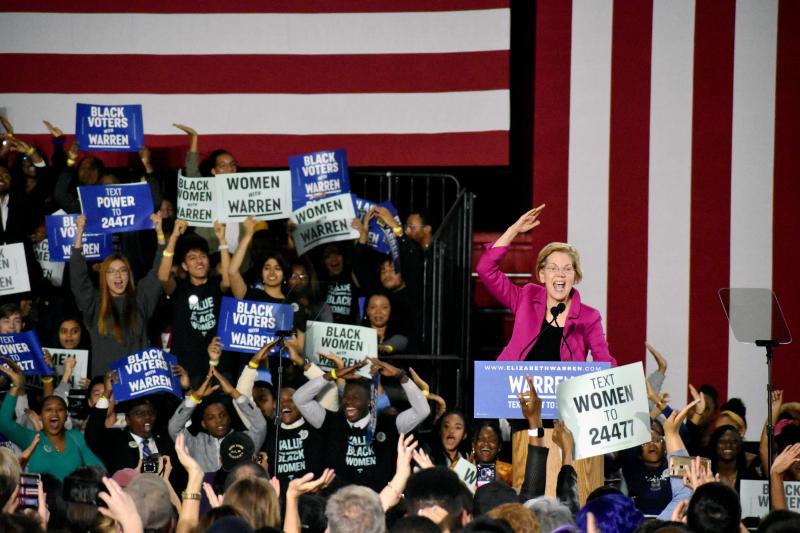 The Democratic Party knows it needs the support of Black voters to win the 2020 presidential election. African Americans are the most consistent Democratic voters, and when they choose to show up in the polls, the difference is staggering.

Republicans learned this lesson during the Obama era; in both 2008 and 2012, the black vote was the difference in determining a multitude of “battleground states.”  They took these lessons and applied them during Trump’s 2016 campaign, creating as many barriers and sabotages to voting and the voter registration process as possible. These roadblocks limited both the number and impact of black and other minority voters.

Democrats were overconfident in 2016. Following the Obama era, most Democrats believed they had the black vote guaranteed. The party failed to protect voters and did not focus or connect with the black constituency with the same intensity as in previous elections.

The relationship felt forced, cold, and fake, and because of this, the turnout for Hillary Clinton was low, and the election was lost.

With the debates taking place at Tyler Perry’s studios Wednesday night, Atlanta was flooded with Democratic presidential hopefuls, all jockeying and vying with each other for the attention of Black America.

Sen. Elizabeth Warren, Sen. Bernie Sanders, and Mayor Pete Buttigieg have all gone a step further to acquire the black vote. Each of the aforementioned has made an appearance this week on either the Morehouse or Clark Atlanta University campus.

Thursday evening, Warren followed her strong debate performance with an even stronger charisma and presence at her rally at L.S. Epps Gymnasium at Clark Atlanta. Warren’s rally began smoothly; she received wonderful endorsements from BlackWomenFor and Congresswoman Ayanna Pressley from Massachusetts.

However, shortly after she took the stage, Warren’s voice was drowned out by the protests of the Powerful Parent Network, shouting phrases like “Asshole!” and “We will be heard!” They were instantly effective in creating disruption and chaos.

The next thing that happened was extraordinary. Warren’s campaign has always preached a message of positivity, characterized by her unique campaign style – focusing more on her policies and plans than other candidates. As chanting battles erupted between the Warren supporters and PPN, Warren waited patiently. She attempted to speak multiple times, never once showing agitation, even when she was continuously interrupted.

As we have seen on multiple occasions, protesters who attend Trump’s various campaign rallies are ridiculed and assaulted, sometimes by both the president and his voter base.

However, it seems that Warren & Co. practice what they preach. As the tensions and energy began to explode, Warren was saved and assisted by Pressley, who came back to the stage and said:

“I appreciate what you are doing and the activism you are showing. We would love to meet with you afterward to discuss this issue you are making us aware of. However, these women have been waiting for too long; it’s their turn to speak.”

The PPN stopped protesting, sat down, listened to the speeches, and waited.

Warren talked for about an hour, speaking on an array of topics. Warren spoke about real black issues, like unemployment, voter and job discrimination, the racial and women’s wage gaps, the growing student debt crisis,  and many more.

The research by Warren’s campaign team was outstanding. Warren addressed local topics relevant to her Clark Atlanta venue. Warren not only showed she that could be inspirational but also consoling, as she talked about the life and tragedy of Alexis Crawford, the CAU student who recently was killed.

The rally was a success. Warren was energetic, compelling and very charismatic. She spoke with passion and honesty and genuinely connected with the crowd. She will be moving on to prepare for the next Democratic debate on Dec. 19 in Los Angeles.