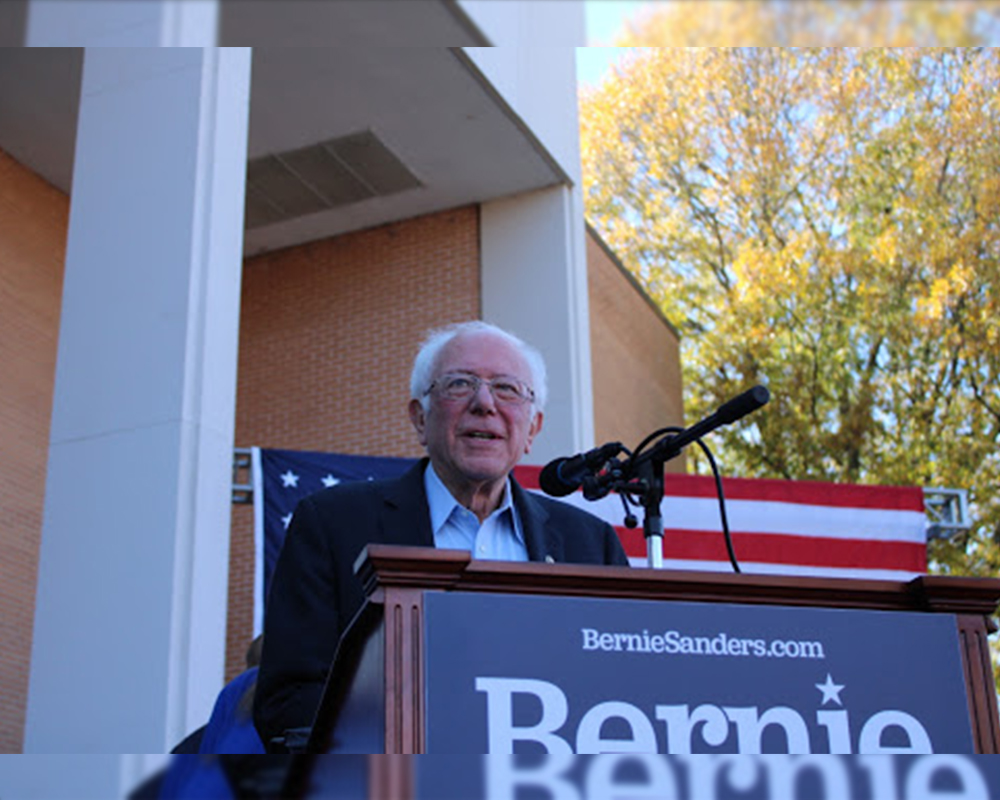 Senator Bernie Sanders’ campaign rally on Nov. 21 welcomed residents from all over Georgia and filled the streets of Morehouse College’s campus with supporters and protesters, though the number of people sporting “Bernie” signs greatly outnumbered any opposing picketers.

Coordinated by the New Deal Democrats, a Morehouse-based student organization committed to social and economic justice, this initiative was two months in the making. The rally outside King Chapel was designed to give AUC students an authentic look at the candidacy and initiatives Senator Sanders hopes to bring to light if elected to represent the Democratic Party as the 46th president of the United States.

Moreover, the rally is the first of many steps to push political activity and awareness in efforts to increase voter participation by Millennials and Generation Z in the upcoming elections.

“This year, the New Deal Democrats looked to develop a political base here on campus,” Julian Hemmings, the organization’s founder, said. “This was a group process between my team, the Morehouse Student Government Association, and Senator Sanders’ campaign team to give our people the freedom to make an informed decision.”

Hemmings noted that it was Sanders’ likability that served as the catalyst for his political agenda. Sanders, an independent from Vermont, has shown an uncanny ability to connect with youth, which is likely derived from his views on climate control, civil rights, and (of course) marijuana.

It has been a huge week in politics for the city of Atlanta and in the AUC. The fifth Democratic presidential debate, sponsored by The Washington Post, was held the evening before Sanders’ rally. Just hours later, Democratic candidate Elizabeth Warren delivered a civil rights speech of her own at Clark Atlanta University. Each institution has done instrumental work in preparation for the upcoming presidential election in 2020.