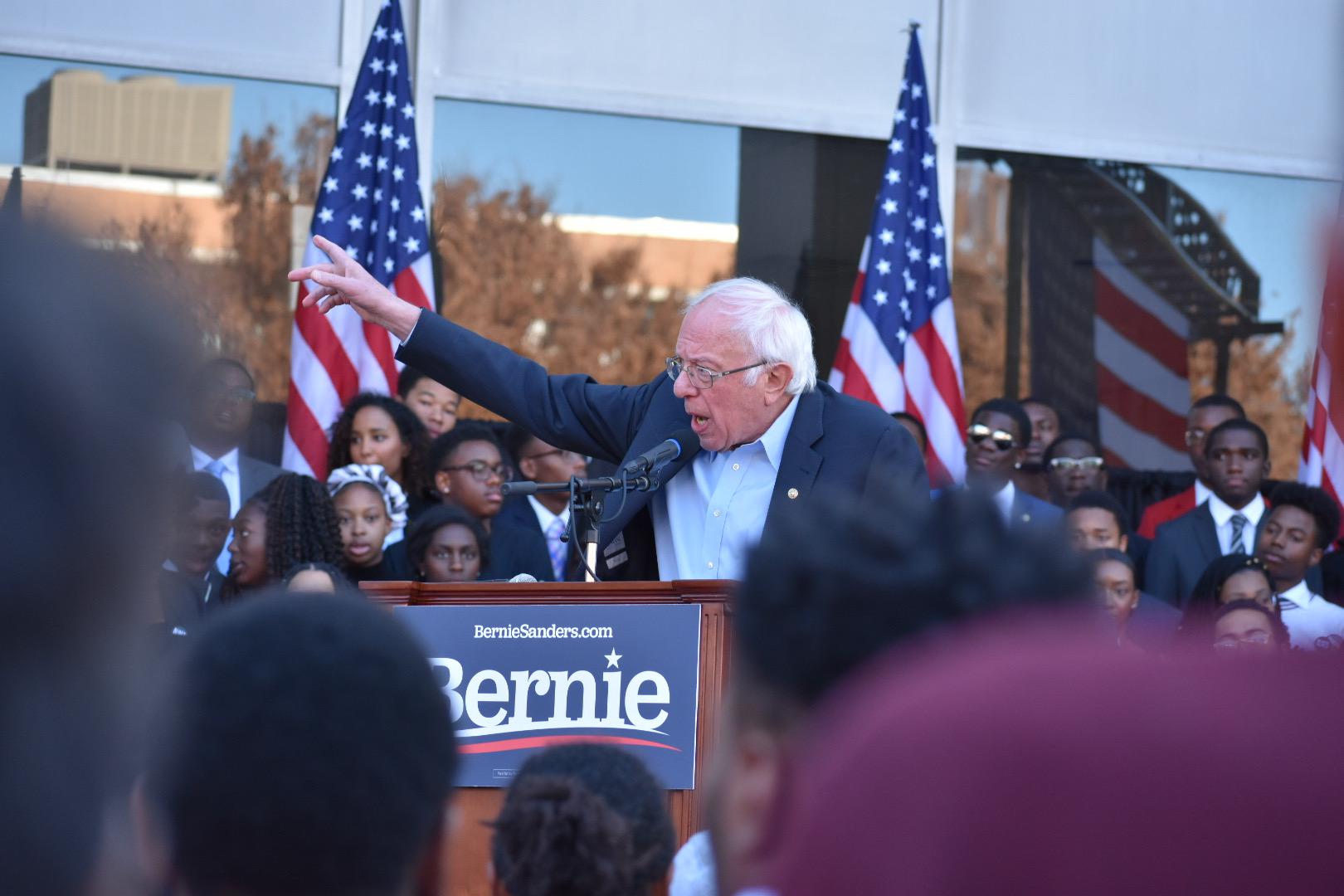 The battle to win the Democratic nomination for the 2020 presidential election was in full stride as Atlanta was swarmed by politicians last week for the primary debate on Nov. 20.

Senator Bernie Sanders came to Morehouse College the next day to hold a rally for all who were interested in hearing his views for the future. As hundreds of people came to hear Sanders speak, there was excitement and determination exhibited by most in attendance.

Many who have supported Sanders since his presidential bid in 2016 came out to support the vision that he has had throughout his political career.

“I pledge, together we will do everything humanly possible to end all forms of discrimination in this country,” Sanders said.

Kristen McLand traveled from North Carolina to Morehouse for the rally and is one of the loyal supporters from 2016.

“I became interested in Bernie Sanders’ campaign when I realized equality and humanity was at the basis of all of his policies,” McLamb said.

That commitment was exhibited in many of those who attended the rally as the crowd roared with approval for many of his proposed policies. One of his biggest talking points was HBCUs becoming tuition-free institutions, which was received well by the crowd.

According to Sanders’ official campaign website, he will “guarantee tuition and debt-free public colleges, universities, HBCUs, Minority Serving Institutions and trade-schools to all.”

This has garnered support from many people as multiple polls list Sanders as one of the top three candidates in the Democratic primaries.

Demika Nichols volunteered for Sanders in 2016 and was one of the hundreds of people at the rally. Nichols was especially pleased with Sanders’ HBCU education policy.

“Brilliant, that’s brilliant,” Nichols said. “Just like he said there has never been a greater need for HBCUs.”

This would benefit so many students all over the country who go to college then struggle to pay off the debt that they have accumulated. Many of his policies were widely supported by the crowd and his supporters emphatically showed their approval.

Only time will tell if Sanders can garner the support of the Democratic party and the country as he continues to pursue his ultimate goal of becoming the 46th President of the United States.