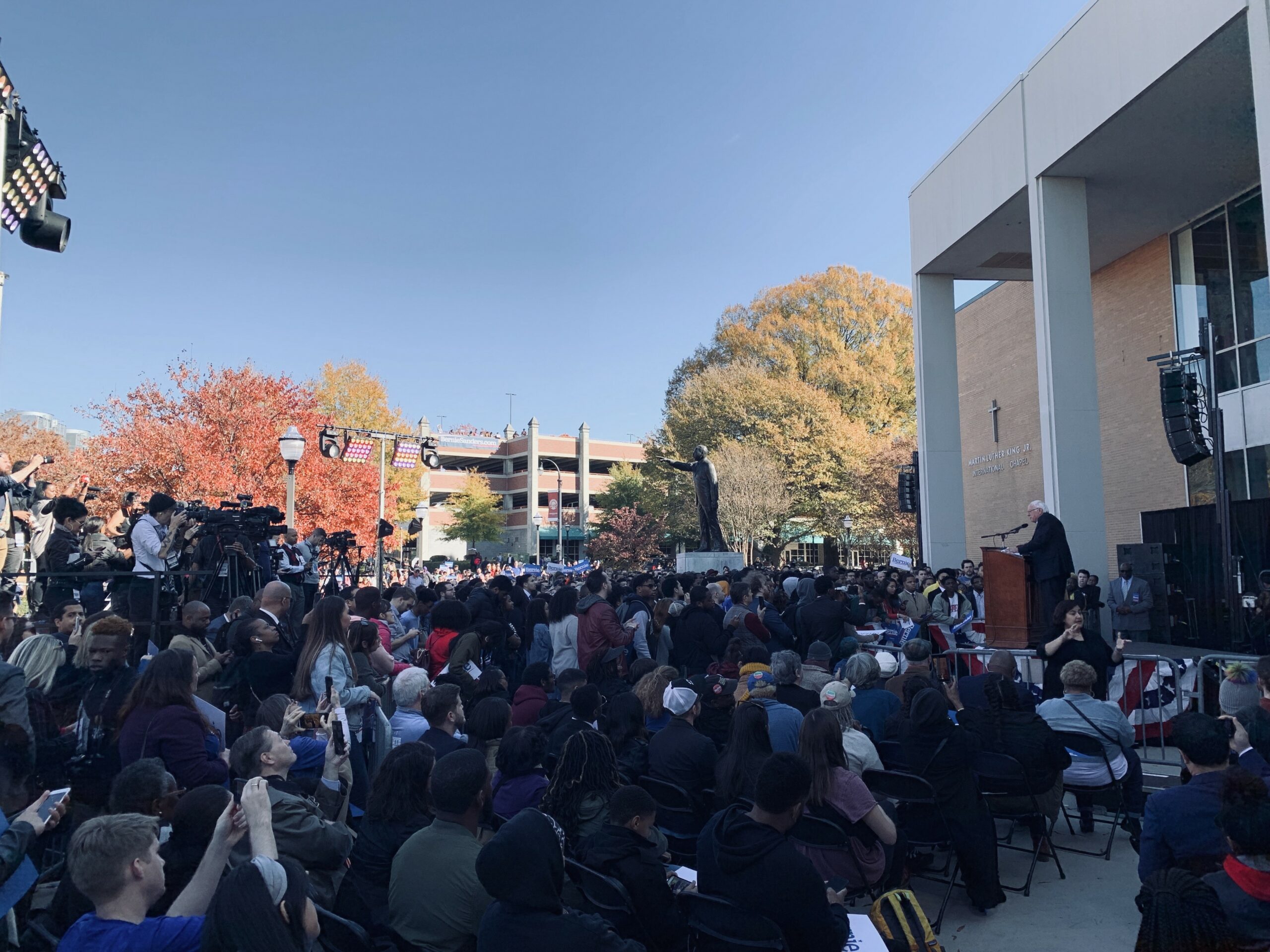 Morehouse College has been a staple in Atlanta for centuries. Many high profile names come to visit due to the college’s history and impact on black men. In October, Oprah Winfrey came to speak on the campus and Thursday, November 21, Bernie Sanders continued his campaign efforts on campus.

With the appearances of these household names, many different faces appear on the HBCU campus. For Morehouse, the inclusion of different races and shades of individuals with open arms looks great for the public and letting it be known that the historic space can be used to make even more history with whoever may decide to visit. For Morehouse’s most essential element, the students, the feeling is not necessarily mutual.

Although many students were outside to see Sanders speak in front of the Martin Luther King International Chapel, there were also many white people filling up the campus as well. Which seemed to be contradicting to some students.

“White people love black space when it’s convenient for them. You can’t tell me white people are scared of black people because they came,” Morehouse senior Aaron Brown said.

“If you look at the ratio for all these people who came out for Bernie Sanders, they were all white people,” Morehouse senior Dominique Williams added.

“I did think it was kind of unnecessary to be on Morehouse campus. I think he used Morehouse to emphasize this MLK view. Even one of the white ladies came up to me and asked me how I like it at Morehouse,” Williams added.

Some students also found it surprising that many white people came to campus.

“I didn’t even know what was going on. I just saw all of these nice white people just walking and smiling,” senior Louis Williams stated.

As the presidential race continues, without a doubt Atlanta will be a destination for candidates to campaign. It will be especially compelling to see who will come to Morehouse what students’ reactions will be.