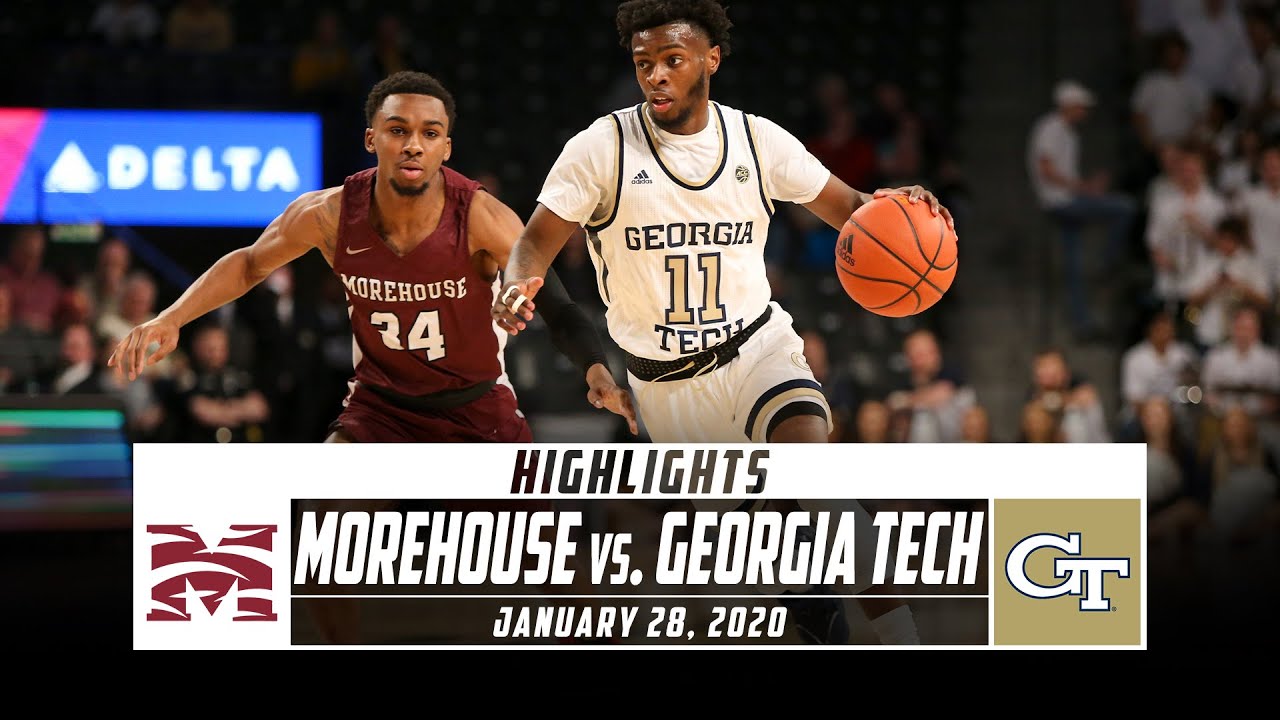 Although the Morehouse Maroon Tigers are a Division II athletic program, they were eager to face the ACC’s Georgia Tech Yellow Jackets on Jan. 28. It was an experience that both the Tigers and Yellow Jackets appreciated.

“I think it’s fire,” Yellow Jackets junior forward Jordan Usher said at the postgame press conference. “I wished we would have played at Morehouse. I want to do that next year and I want to do it more often. We’ve been to some [Morehouse] games and the fan experience is something we don’t get all the time.”

“Honestly, I wished you all would’ve brought the whole school out,” Banks said to the Sports Reporting class that covered the game. “Both of us are local guys, you know. We’re from the city, so just having you guys [Morehouse] was great.”

Having Morehouse College host Georgia Tech would be great for both schools as the Yellow Jackets could see the culture and HBCU experience that they would not see at their PWI (predominantly white institution).

Morehouse students would have a chance to see a Division I team and see athletes that they might not have seen before. It would also attract more fans than usual because people would want to see this matchup in Forbes Arena. That would translate into more money for the college because both Georgia Tech and Morehouse fans would attend.

Tigers coach Grady Brewer even thinks it would be a great opportunity for the teams to meet at Forbes.

That time may come next year if both teams agree to terms.

Morehouse players do not see a problem with it, either.

The match-up on the court may have been lopsided, but the mutual respect shared by the teams could lead to a relationship that helps the Atlanta-native teams thrive.