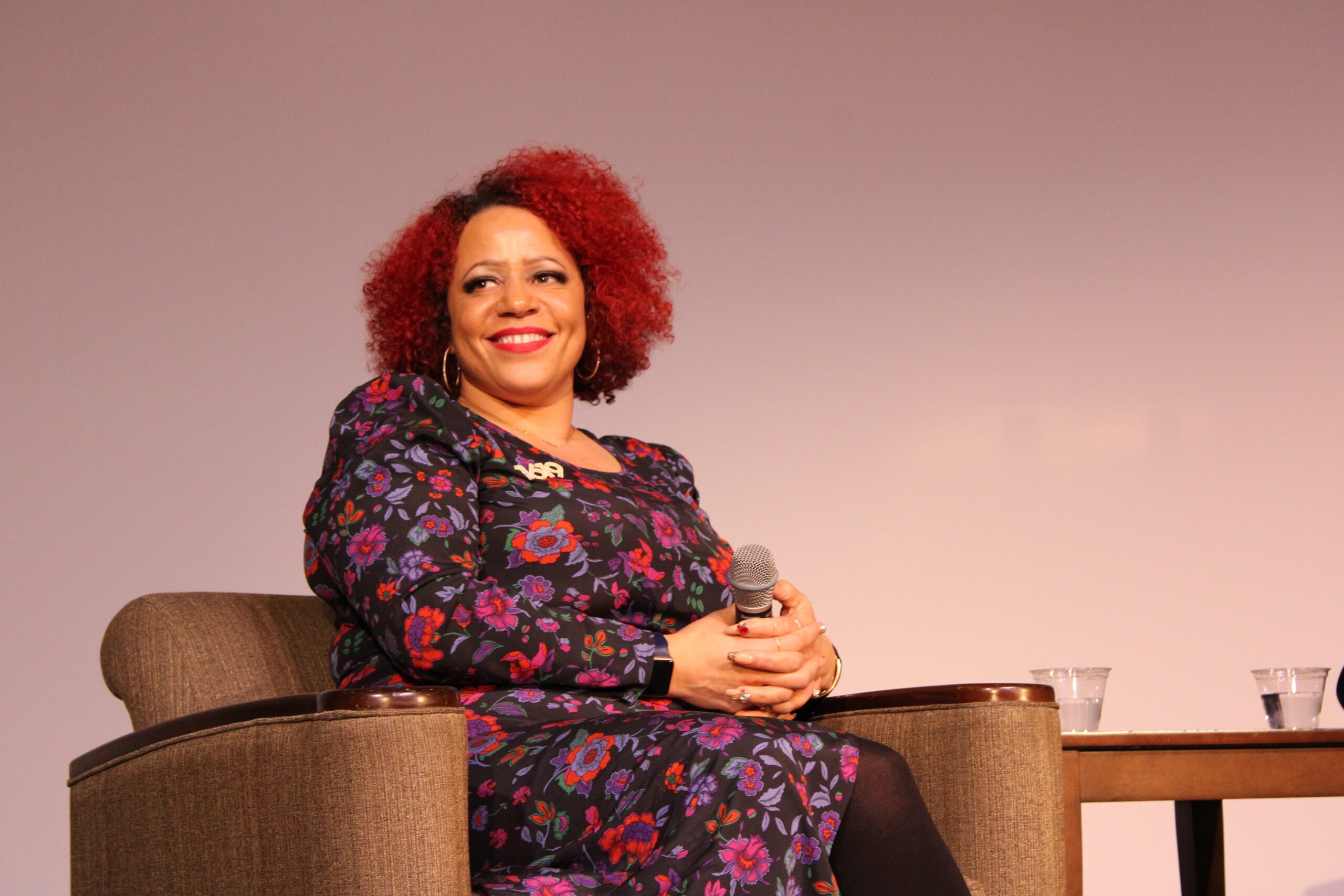 When asked about what drives her to write, Nikole Hannah-Jones lets out a chuckle and simply says “rage.” The frustration of being Black in America and having to see the failings this country has given toward young Black bodies is what motivates Jones. Her wit and intellect illuminate the room and she somehow makes a two hour conversation feel both like a lifetime, and as if it is not long enough.

Jones is the curator of a revolutionary project known as “The 1619 Project.” She and showed her pride in what the project has turned out to mean to so many Black people across the country.

Done by the New York Times in order to commemorate 400 years since the beginning of slavery in America, “The 1619 Project” was birthed. The original piece was a collection of essays published in a magazine that told the story of the long lasting effects that slavery has on everyday life. Powerful stories that go from the institutional racism that lay the foundation for the United States Constitution, all the way to the reason that sugar is such a staple in American cuisine.

The project is simply a masterclass on how racism has been ingrained into the foundation of the United States and how there is virtually no where you can look in this country that does not explicitly spell out the trauma and the effects of slavery. This point gets echoed by Jones as she is speaking about some of the stories that she has to cover across the United States including education, discrimination and how during her youth she had to be bussed in order to get a quality education.

“I spent a lot of my time in the most segregated, high-poverty, under-resourced schools,  Jones said during her conversation with Ron Thomas, during Friday night’s event. “And you see we are educating these children to serve, and we are educating other children to lead.” 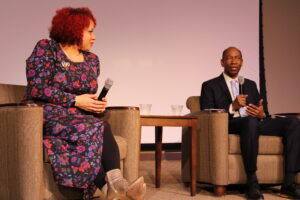 The children that Jones referred to are young Black children, who all across the country have been counted out and mistreated by the public education system, which is a longstanding effect that slavery has had on American culture and society. The less that these young Black kids know, the less likely they are to take up some of the socially unacceptable behavior perpetuated by the United States government, a theory that goes back to slavery and why there were laws against Black people being able to read during the period.

Jones’ own experience with the aftermath of slavery starts from where she was raised even as her family moved during the great migration that took place after emancipation. They would end up in Waterloo, Iowa instead of going to Chicago like so many other Black families did during the time period. Because Jones grew up in a segregated neighborhood, she had to bus two hours in order to attend a school with the proper resources every day for the majority of her youth. This would also become the space in which Jones would learn about her love for Journalism, and her unique skills at being able to shake the table.

“The very first investigation I gave was to whether or not Jesus was Black,” quipped Jones to a roar of laughter from the crowd. “Which really was just a statement on what to expect now that you let a Black person onto the newspaper.”

Jones’ also managed to shut down some of the criticism that came from the 1619 project including conversations about how some of the words she used in her opening essay were problematic, such as describing the American Revolution as a means to maintain slavery as the status quo. Jones also responded to Morehouse’s Africana Studies professor Dr. Sam Livingston about his contentions with 1619 being the date used by the project, instead of dates that included the Spanish bringing slaves to America. 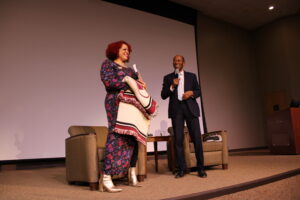 Jones receives gifts at the of the discussion./ Photo taken by Torrence Banks.

“I am not going to give my smart ass reply that I usually give to this question, remarked Jones in response to Livingston’s inquiry. “This wasn’t a project about enslaved people in the Americas, it was about the root of all that would go on to become America begins at that moment (1619).”

The main emphasis of Jones’ argument and the 1619 project in totality is that every major social progression that exists in America is a result of Black liberation and Black thought. The roots of change inspired by Black folks are what drives this country forward, and are why this country exists in the capacity that it does today. 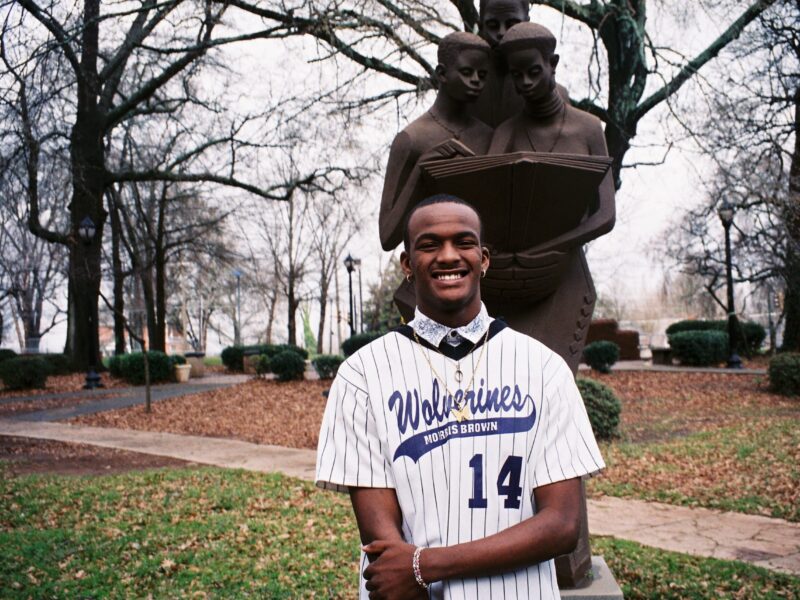 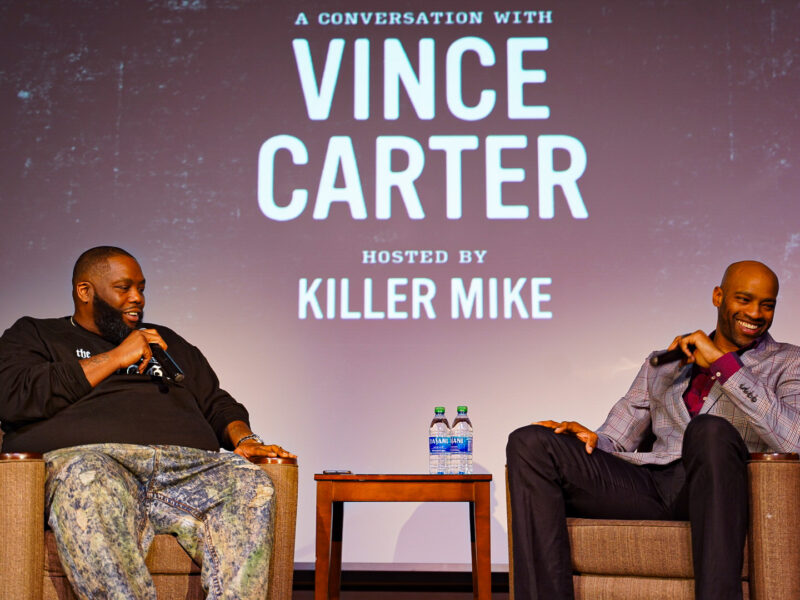 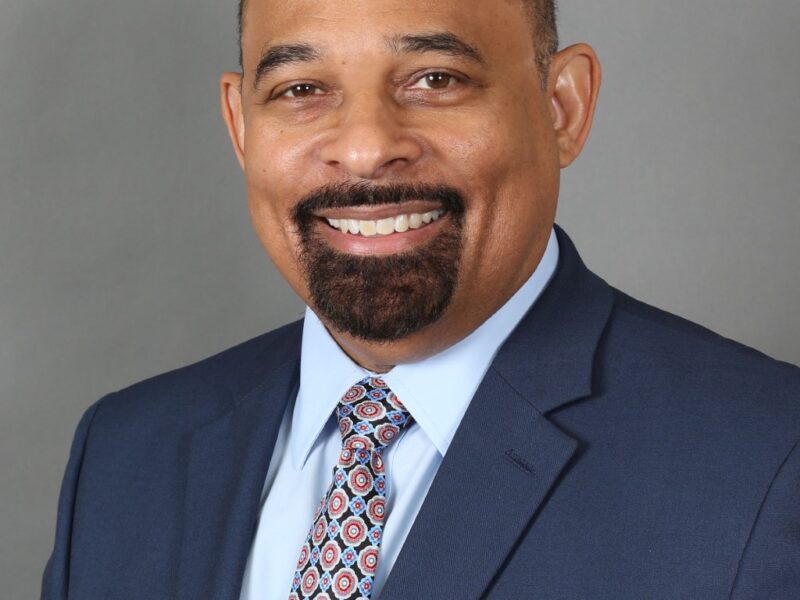