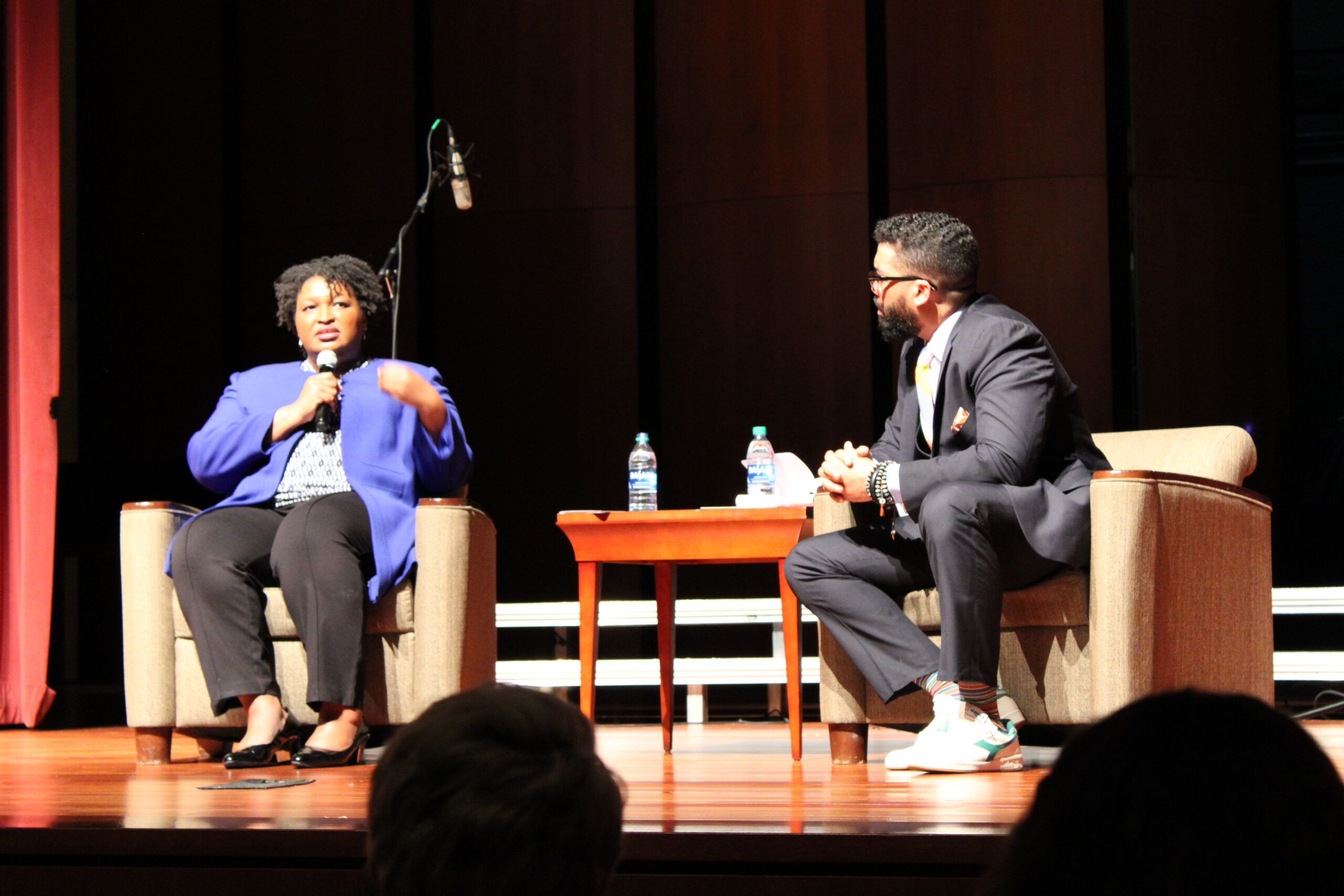 Stacey Abrams, former Georgia House Democratic leader and graduate of Spelman College, was the guest speaker for the annual Martin Luther King Jr Collection Lecture and Conversation Series at the Ray Charles Performing Arts Center. Abrams on January 23. She delivered a compelling speech and graciously responded to questions from the audience.

Abrams highlights her favorite Dr. King’s speech “March on Ballot Boxes.” That speech reinforces the importance of the issue she wanted to address in her speech. Her speech and platform for the 2020 Martin Luther King Jr Collection annual lecture was voter suppression.

Abrams indicated that before her unfortunate defeat whilst running for Governor of Georgia, she had many concerns regarding equality and fairness for minority voters in the state of Georgia. Abrams stated her political advocacy began during the 1992 election.

Throughout her career, Abrams founded numerous organizations for minority voting rights. Her most recent being Fair Count, which is a non-profit organization devoted to making sure the 2020 census is fair, accurate and counts everyone’s vote. Fair Count is currently active in Atlanta, on all three campuses of the AUC, and in every state that is considered to be a swing state.

“I would launch an organization that uses litigation, legislation, and advocacy much like the Civil Rights Movement has to move us where we need to go in 2020,” Abrams said.

She discussed the importance of understanding fear.

“We are taught that power is not being afraid, but we need to learn to understand it as fear is a natural part of trying,” Abrams said.

Stacey Abrams an American politician and founder of Fair Count is on a mission to fight for free and fair elections. Abrams made it very clear that it would be an honor to accept the invitation to be Democrat Vice President nominees if offered.

“I would be honored to stand in service with the nominee of our party,” Abrams said.

The honorable Stacey Abrams has declared her dedication and commitment to serve our people.