Students react to arrests of Messiah Young and Taniyah Pilgrim 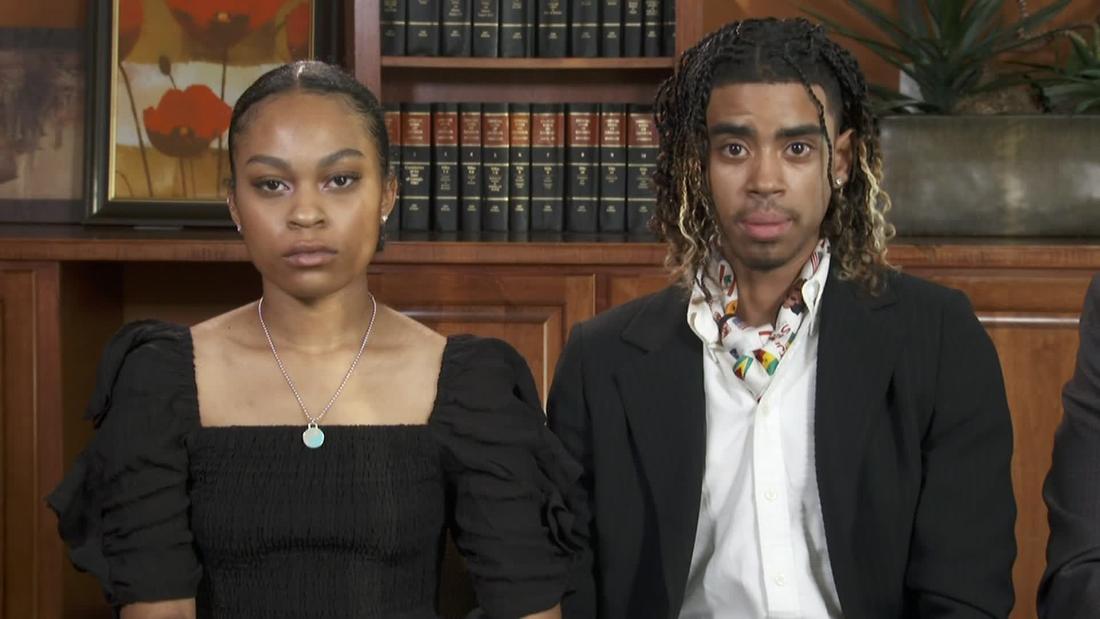 Morehouse student Messiah Young and Spelman student Taniyah Pilgrim were victims of police brutality as both were tased and forcefully arrested on live television on Saturday night. Morehouse and Spelman students have reacted with disgust and anger at the use of excessive force on both students.

“I was so sad that something like this could happen to someone in my community,” Spelman student Kayla Matthews said. “I was horrified and appalled.”

During his sophomore year, Morehouse alum Christion Robinson was roommates with Young in Purdue Hall. The two also grew up in the same community together before coming to Morehouse. Robinson said that their experience as roommates made them closer.

“This is one of my best friends at this school now,” Robinson said.

Morehouse alum Tucker Toole also met Young before he came to the school freshman year. Toole and Young were in basketball camp together when they were younger.

Toole met Pilgrim because she was a friend of Spelman rising senior Hope Minnard, a friend he went to high school with. Toole described his relationship with Young and Pilgrim as good.

“I have a pretty good relationship with both of them,” Toole said. “They’ve both been to my apartment before, we’ve both gone to parties together and been around the AUC together.”

Robinson first saw the video after someone recorded the incident off the news. Once the video got on Twitter, people tagged him in their posts. Robinson’s shock that this was happening quickly turned to anger when he realized that it was one of his friends being arrested.

“I think I was outside and I was telling my friends that we have to go home because they did this curfew and I was showing them this video and I’m like ‘This is what they’re doing to people who are staying out in the curfew,’” Robinson said. “Thirty seconds into the video, I see it’s one of my best friends.”

Toole first saw the video after someone put the link to the news footage that Robinson posted on Twitter in one of the Morehouse group chats. He was shocked that this was happening on live television.

“Immediately, I was taken aback because I know both of them and it was on live TV,” Toole said.  “So, I was just like, ‘Wow, this is getting kind of crazy.’ ”

After seeing the video, Robinson contacted Morehouse’s Associate Vice President of Student Life Kevin Booker. Booker asked Robinson if he was sure that was Young in the video and if he could have done anything wrong to put himself in that situation. Robinson described Messiah as “not a wrong guy” and nice.

“I’m actually scared for everybody because if they’ll do this to Messiah, what will they do to me,” Robinson said. “I’m a bigger Black man that’s darker.”

Minnard described Pilgrim similarly. They met during NSO freshman year and have been friends since.

“It felt very surreal, honestly,” Minnard said. “It didn’t feel like anything that Taniyah would ever be in. She’s such a small girl. And she’s so, like if you know her, harmless and nice and sweet. It was very heartbreaking to see, honestly.”

Minnard also expressed her disgust and the ridiculousness of the situation. To her, it looked like Young and Pilgrim were unjustly targeted.

“I felt like they were attacked from just being in traffic, being in their cars,” Minnard said. “They weren’t doing anything. And I feel like to see, even after it’s happened, the police officer on the streets at the protest trying to justify his actions is disgusting and ridiculous. It’s even more heartbreaking that he’s a Black man.”