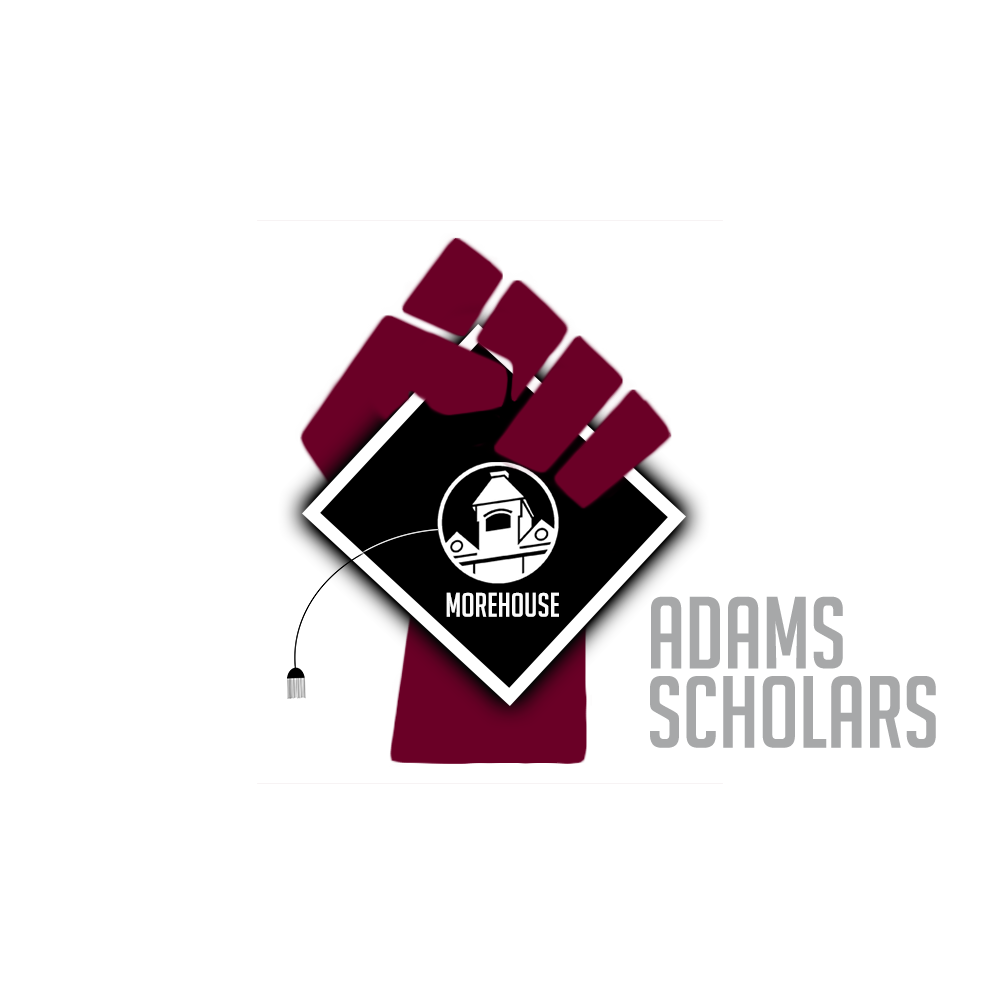 The Emma & Joe Adams Scholars Program has been at Morehouse College since 1994. The program has created a legacy that has addressed the needs of the underserved community, provided academic and moral support to our youth and contributed to social change and community development.

“I think the Bonner, {UPS}, and Adams Scholar Programs did a good job transitioning the best we could to the virtual environment for the time being,” Gadson said. “I think if we end up being online next semester, we have a pretty good hold on it.

“I know a lot of folks have been involved at home getting out the vote. I know folks have volunteered at a number of homeless shelters and food banks.”

As the Adams Senior Intern, Gadson’s main responsibilities are to assist Adams Scholars’ with creating and implementing service opportunities and initiatives, assist them with meeting program requirements and let them know about other programs and volunteer opportunities. Ultimately, Gadson serves as a mentor for the scholars.

“I feel that it’s my job in a sense to make sure that they’re straight,” Gadson said. “And that’s always a positive at the end of the day.”

“That was actually the first internship that I really wanted, but I didn’t actually think I would be able to get it until senior year. I thought I would have to do a lot of work. Luckily enough, because of the Adams Scholarship, I got to intern there my first year.”

As a political science major, King’s internship has positioned him to pursue a career in politics and entertainment. This semester, King has been able to meet and work with a lot of influential people in the city of Atlanta.

“I’ve been able to meet people in the field that I want to get into and just important people in general,” King said. “But more importantly than just meeting them, I’ve gotten to work with them. I’ve gotten the opportunity for them to place their trust in me.

“I was able to perform and build those relationships and maintain them. A lot of the people who I was able to work with, I’m still really cool with. I text people in Atlanta City Hall that before I used to be scared to approach. So, it has afforded a lot of great opportunities for me.”

King serves at site liaison for the Atlanta City Council, where he assists with program and project management and serves as the most senior student leader for men of Morehouse to engage regarding their service experience at Atlanta City Hall. Additionally, he recruits volunteers as necessary and assists with onboarding them in a manner that remains to true to both brands.

“I urge people to really utilize and be present in all the spaces that the program affords you to be in, King said.

“My advice would be just to stand out. I have a lot of friends who wanted this opportunity to be an Adams Scholar before I realized how dope of an opportunity it really is. I would tell them to really take advantage of it and be present in every moment and room it puts you in.”

Similar to other Emma & Joe Adams Scholars, Sid has been very active civically, organizing and participating in opportunities to mobilize those who advocate for equity and social justice. Other Adams Scholars have participated in voter education and voter registration, while some continue to champion educational support and mentorship through post-secondary coaching and by assisting youth with applying for and funding college. Adams Scholars have also been supporting healthy eating and sustainability efforts on the westside of Atlanta.

“We are amazed by the efforts of our scholars, especially during these trying times, they continue to elevate the standard regardless of the circumstances,” assistant director of the Bonner Office of Community Service. Kevin D. Chapman, Jr. ’06 said. “I really believe that they understand what and who is at stake and have decided that failure is not an option. Our scholars are making good on the Adams’ investment in the scholar program.”

Did you know that the Joe Adams was Ray Charles’ manager for several years and was features in Ray Charles’ biopic? Joe Adams managed the Ray Charles Foundation and eventually created his own? Mr. Adams played an important role in financing the construction of Ray Charles Performing Arts Center (RAYPAC) and the center piece, the concert hall, is named after him and his wife.