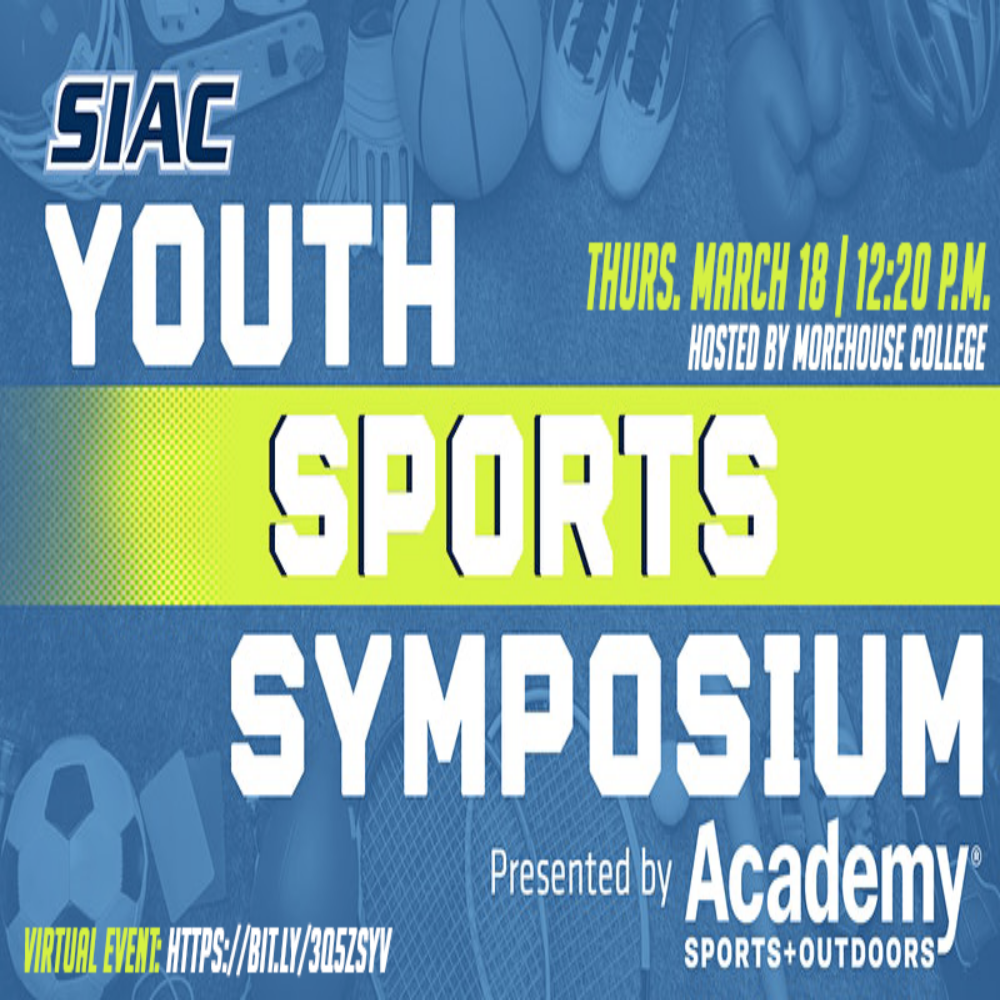 The symposium focused on educating youth on the diamond sports of baseball and softball, and highlighted how both sports can create future opportunities. Morehouse SAAC President, Mike Sims, spent the past few weeks coordinating with his advisor and SIAC staff to identify guest speakers, coaches, current and former players from both sports and invited various community partners to have their youth participate. The group discussed the rules and similarities between the sports, highlights from their playing career, and how the sport has benefited them in various ways.

Lawanda Pearson is currently the head softball coach at Clark Atlanta University. She has worked in athletics with the institution since 2003, serving in roles including acting athletic director, sports information director and compliance director before becoming the head coach of the softball team.

During five of her years as a teenager, Pearson had the chance to play for Georgia in the World Series. This experience changed her life.

“That was just amazing to me to be able to play a sport that I love every year and then to also win state titles and go to represent the state of Georgia,” said Pearson. “At the tender age of 14, I was in these World Series games representing the state of Georgia with all these other states.

“I never thought that it would lead to a career in coaching, but it was definitely one of my life goals that if I could do anything in the world, one of them would be to coach women’s softball.”

The game of softball allows students to learn many life lessons that they will be able to apply to their lives after college. Students from Pearson’s program have gone on to become successful leaders in their professions.

Morehouse alumnus Kris Skinner ’19 enjoyed his time as a member of the school’s baseball team so much that he decided to become one of the team’s assistant coaches. He aspires to continue to help guide future Morehouse athletes along their journey to become the men they desire to be. Despite being close to the same age as some of the current players, Skinner still believes that he is impacting students.

“I always carried myself at a higher standard, even when I was playing,” Skinner said. “Leadership, leading by example. All of that is in my day-to-day living.”

Kaelan Ashford-Jones ‘20 currently works for the MLB Network as a Broadcast Associate, curating baseball highlights for MLB Network shows. While at Morehouse, he was an Emma & Joe Adams Scholar and the captain of the baseball team. Morehouse College baseball head coach Antonio Grissom helped Jones secure his first internship with the MLB and the rest is history.

“I got to work in the Youth Programs Department where I was a part of all the initiatives that Major League Baseball put in place to get more young kids like you guys into the game of baseball,” Jones said. “That was a pretty good opportunity and it led to another opportunity with this one.”

Jones said that baseball can create many opportunities. However, he emphasized the importance of taking advantage of the chance to tell others what you are passionate about.

Morehouse College senior Noah McMillan ‘21 always had a passion for baseball, television and storytelling. He was able to use his friendship with Jones to receive the same job as a Broadcast Associate on the MLB Network.

“Actually, having friends to play baseball with, that’s probably the most enjoyable thing,” McMillian said. “Half my experiences with baseball, I’m describing my interactions with my teammates. I’m not even talking about what actually happened on the field. I’m talking about the road trips and the little squabbles in the dugout.”

At the end of the event, Academy Sports + Outdoors announced a partnership with Morehouse College to donate funds to John Hope Community Center and the C.T. Martin Recreation Center. These funds will be used to provide young people with access to diamond sports and provide equipment to play sports.

John Hope Recreation Center is located in the Atlanta University Center and is named after Morehouse College’s first African-American president. In addition to providing access to youth an opportunity to play diamond sports, the community center also offers tutoring and STEAM activities.

C.T. Martin Recreation Center is home to the Vikings softball and baseball team. Kevin D. Chapman, Jr. ’06, SAAC advisor and assistant director of the Bonner Office of Community Service, said that the two organizations were selected because of their comprehensive support of youth.

“The leadership at both organizations often are tasked to do more with less, often using their own resources to bridge the gap of deserving youth and their families,” said Chapman. “Morehouse remains committed to leveraging resources and relationships to enhance the quality of life for humanity. We are grateful for Academy Sports + Outdoors and the SIAC’s generosity and allowing us the opportunity to engage and support deserving organizations and the amazing people that they serve.”