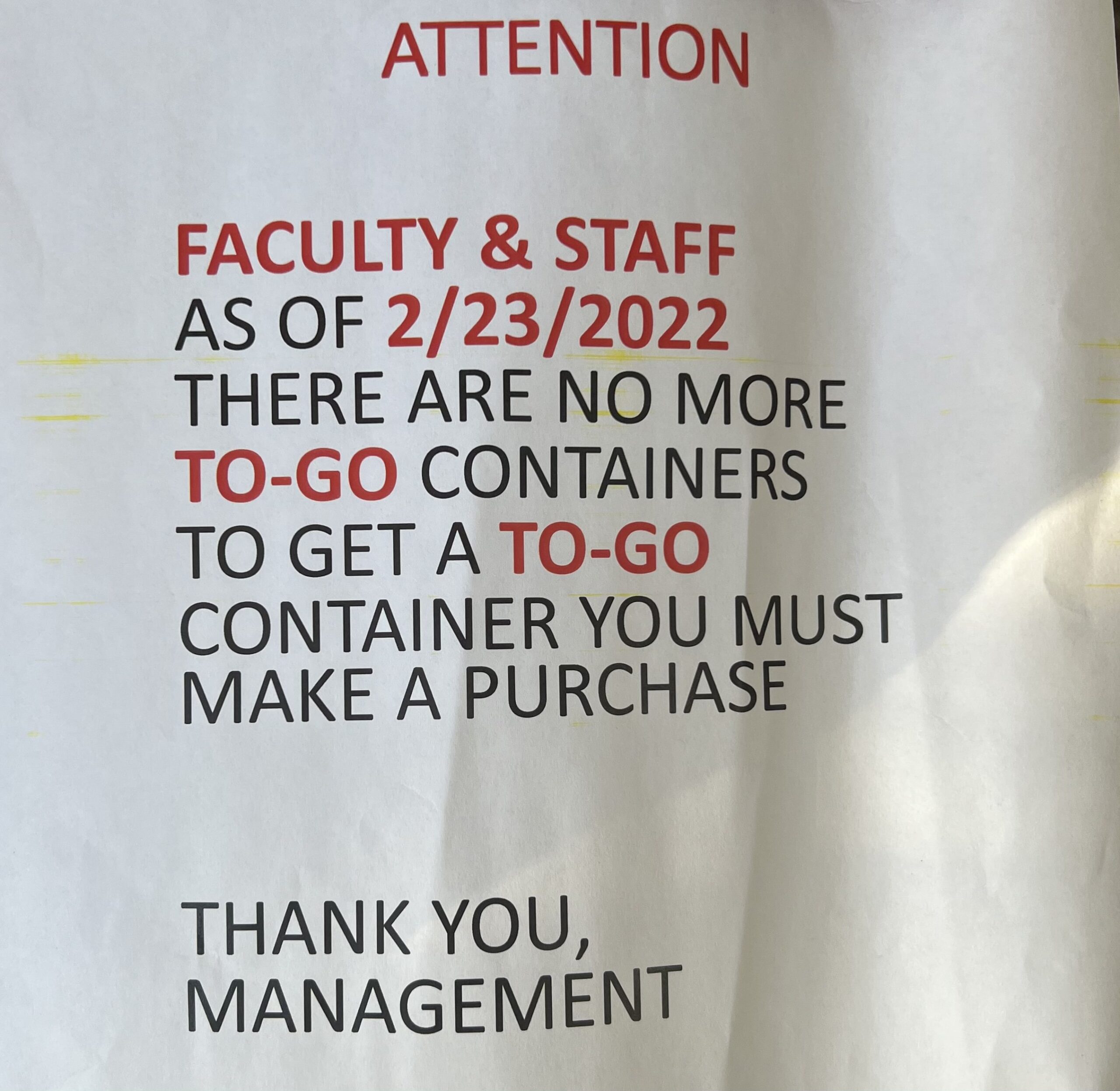 No matter the classification, every student remains painfully aware of how much the pandemic has altered the famed Morehouse experience. Juniors and seniors can’t help but reminisce on the days of their first year, while freshmen and sophomores do their best to try and adapt to all the moving pieces. On top of having classes during a delayed move-in, constant changes to the financial aid deadline, and then pausing both on-campus events and visitation, it’s safe to say that everyone is facing difficulty in dealing with all of this year’s modifications.

The College has made a few shifts to both follow the Centers for Disease Control’s (CDC) safety guidelines and accommodate students. Students and faculty must have a mask on at all times; rapid testing is provided in the Forbes Arena throughout the workweek; the cafeteria staff offered to-go box containers to students who didn’t want to eat in the dining hall due to health concerns. The latter measure proved to be especially beneficial for students who now had to deal with truncated dining hours in the documented food desert of Atlanta’s West End.

On February 23, however, students going to Chivers Dining Hall were met with a note on the door saying that there were “no more to-go containers” and to get one, you “must make a purchase.”

Students were shocked and dismayed by the announcement. Keenan Washington Jr., a freshman Business Administration major from Philadelphia, is just one of many with complaints about the policy change.

“I don’t understand why they’re taking away a tool that everyone was using. I don’t like to sit in the dining hall, so taking food out and having a meal for later definitely helped me out,” Washington said. “Now I’m forced to be in the cafeteria — and COVID is still a thing!”

“This is a campus full of males, so we eat a lot. And after 9 o’clock, people are still hungry,” said Elijah Megginson, a freshman from Brooklyn, New York. “Some people might not have the money to order food, plus it’s inconvenient to get around Atlanta. The only convenient source is the cafeteria — and so by stopping the to-go meals, you’re limiting the food we eat.”

Charles Fleming — the dining hall’s general manager and an actual employee of Aramark, the College’s food provider — refused to speak with The Maroon Tiger about the change, instead redirecting the team to Kevin Booker, Vice President of Student Services and Dean of the College. In an email from Dean Booker, he confirmed that the decision to cancel the to-go containers came from both Fleming and himself.

“The to-go plates were a courtesy due to COVID concerns at the start of the semester and were never intended to be continued this long,” Dean Booker said in the email. “The cost of maintaining the to-go meals would require an increase to the meal plan, and that’s something that will not happen.”

Dean Booker added that he would soon notify the student body with a proper announcement. But after two weeks, the note on the door is the only ‘statement’ that’s been released by College management, and there’s been no response to further questioning.

“To-go box containers are a necessity regardless of whether we’re in a pandemic. We already have limited access to food — and this is from someone that’s been here since 2018,” said Kahlil Oatis, a graduating senior and International Studies major from Chicago. “Them removing to-go containers just feels like them pouring salt in the wound — or kicking us while we’re down.”

“Morehouse has received a lot of funding in the past few years. It should be nothing for them to add styrofoam containers,” Oatis continued. “We’re not asking them to provide a whole new wing to the caf or provide us better quality food, which they should do. We’re asking them to give us simple to-go containers, and they’re not even willing to do that.”

This matter has even piqued the interest of the Student Government Association. Douglas Burnett, a junior Political Science major from Cleveland, Ohio, is the President Pro Tempore of SGA and is currently running for Vice President. Though he doesn’t think the to-go box containers will be reinstated, he does think there are solutions to fix the overall problem of food insecurity.

“We should extend the hours associated with the cafe to ensure additional access to food outside of the food trucks,” Burnett said.

While it’s true that Morehouse didn’t offer to-go options for students pre-pandemic, Aramark states on their website that these unprecedented circumstances challenge school administrators to “adopt a new mindset towards the student experience, community satisfaction, and campus operations.” And in a report titled “8 Must-Haves for the Next Generation of Campus Dining,” Aramark states that college students expect “convenience and immediate gratification — they want to be in control of their experiences, including dictating when, how, and where they access food.” They write that allowing students to pick up to-go meals from the dining room is “essential” in today’s campus culture, especially regarding COVID concerns.

Counterparts from the sister college across the street are just as puzzled as the students here. Their dining hall still allows them to take out to-go meals for free. It’s worth noting that they also use Aramark as their college food service provider.

“It’s just strange that we still have to-go containers while you all don’t. How can Spelman maintain to have it but Morehouse can’t?” said Danielle Akinbobola, a graduating senior at Spelman College. “If it’s a budget concern, then change the budget.”

Tyonté Williams, a junior Theatre and Performance major from Drewryville, Virginia, doubts that the school suddenly can’t afford styrofoam to-go containers. He’d been on-campus since the College first began offering to-go meals a year ago, so why change the policy now?

“Morehouse needs to prioritize what’s really important,” Williams said, “which is the health and comfortability of its students, not its pockets.” 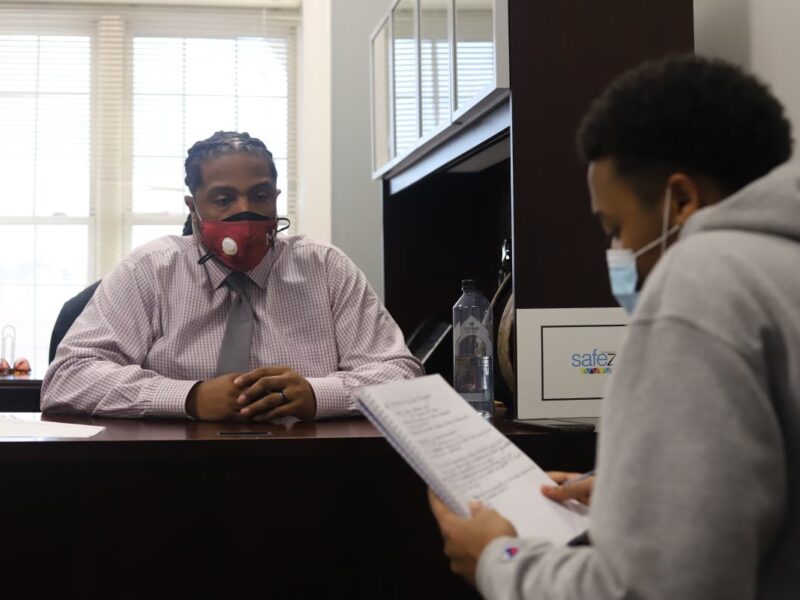 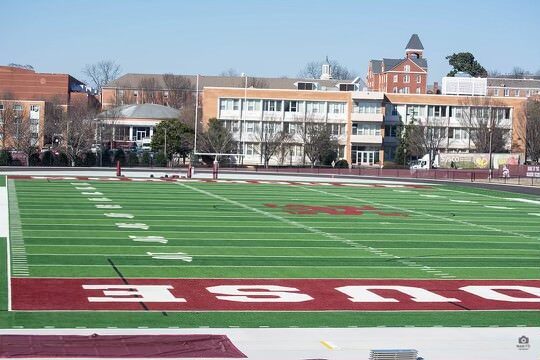