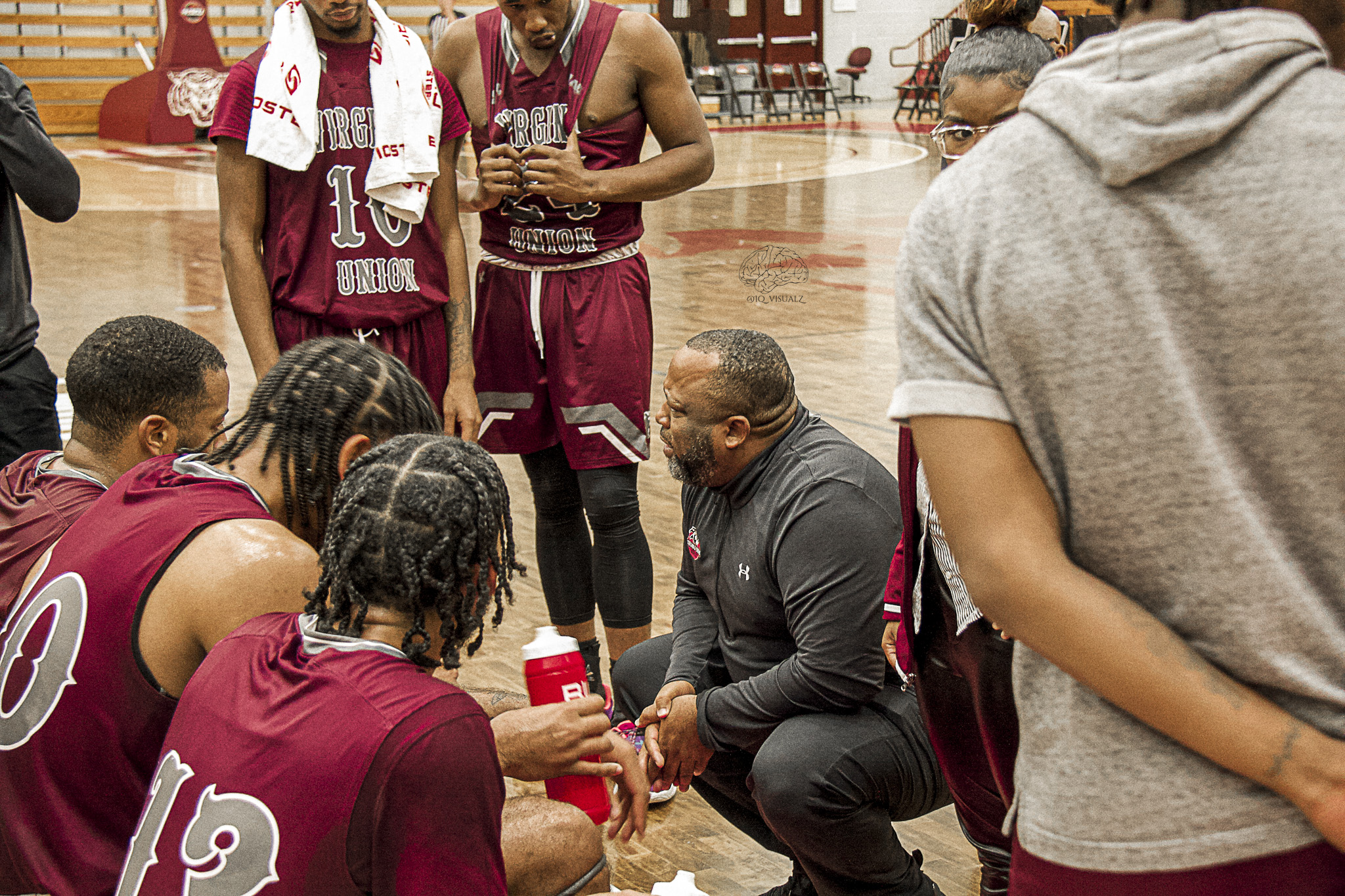 Virginia Union and Albany State kicked off the first ever, HBCU All-Stars Challenge, in a constant battle from start to finish. Virginia Union fought their way to a close win, beating Albany 78-73.

In a game plagued by turnovers and injuries, the only thing separating the two teams was grit and grind. Early in the first half, Albany took a seven point lead. They were outshooting Union and taking advantage of their lacking defense. When responding to early defensive breakdowns and offensive struggles, Virginia Union’s Head Coach Jay Butler talked about his teams struggles defensively in the first half.

“I thought defensively we were struggling, but in the 2nd half we stepped up,” head coach Butler said.

Adding to the inside scoring clinic, Union’s starting guard, number five, Devon Sims caught fire behind the arc, hitting two back to back 3-pointers mid-way through the second half.

“Our mentality is to fly around and make the offense uncomfortable” Sims said. “Senior lead team so we have a lot of experience. We knew things in the game were going to happen so we had to make runs and then capitalize on defense and that’s exactly what we did to get the win.”

Virginia Union definitely stood by their defensive motto. They held Albany State to zero points, while going on a 15-0 run with less than 10 minutes and 30 seconds left. At this point, the game seemed to be heavily in Union’s favor, but Albany State wasn’t going to go away quietly.

Albany State’s guard, Malik Parker, established himself as a threat late in the second half. He shot 5-12 from behind the arc, and two of those 3-pointers came on back to back possessions. His final three of the half came on a contested spot up shot where the defender was inches from the ball, and Parker still laced the shot.

Parker’s shooting clinic forced Virginia Union to shade more towards him late in the second half. This opened up opportunities for the rest of the team. The last seconds of the game were tight. With less than a minute on the clock, Albany got a steal and pushed the ball up court.

Parker dribbled the ball into two defenders, and he nearly lost his dribble. He stumbled down to the ground, balanced on one foot, and miraculously got back up. Once he recovered, he threw a dime to Dickson in the corner for a clutch three-pointer. This cut Virginia Union’s lead to just four points.

“We’re showing people Richmond has some of the best basketball players in the country,” Robert Osborne, Virginia Union forward said. “We bring that grit and grind.”

Through it all, it was a great team win. Virginia Union was able to lean on each other and set the tone for the entire event.