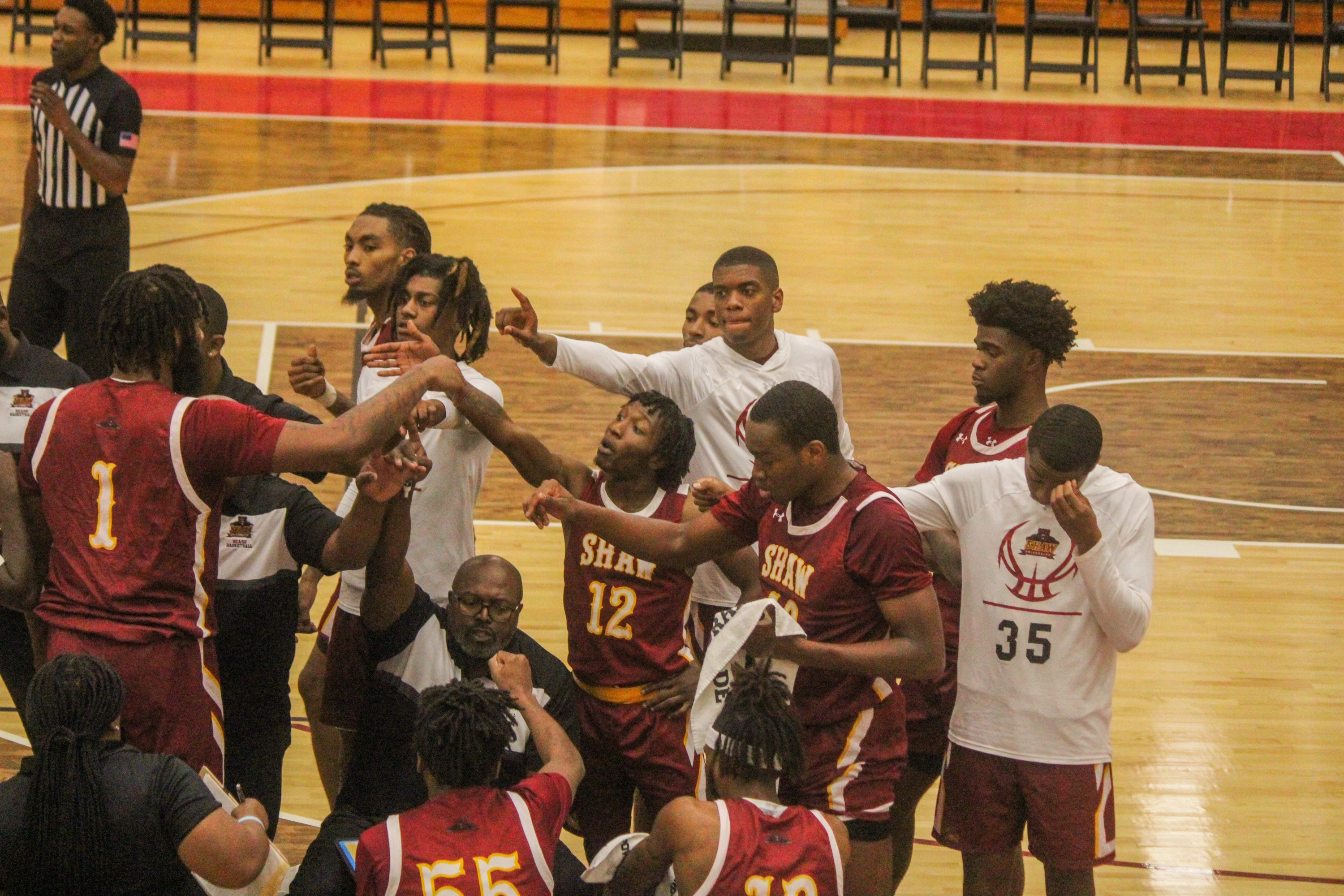 Coming off a rough 0-3 start to the season, the Shaw University Bears prepared to take on LeMoyne Owen College in a much-anticipated match in this year’s HBCU All-Star Challenge. The Bears came out hungry and desperate for a win; they controlled much of the game early on with their stifling defense and efficient passing.

“Our coach made us execute the game to where I had to facilitate and get my team open,” Bears junior guard Dj Thomas.

The bears assisted on nearly half of their field goals and had up to a 16-point lead before heading to the half. However, Coach Wells and Lemoyne College were not ready roles over, as they came out into the second half red hot from the field, and abandoned their zone scheme, converting to man-to-man defense. With under five minutes left, LeMoyne was able to tie the game at 70, leaving both sides at a stalemate.

Thomas had an answer, swiftly beating the full-court press, and with his elastic handle of the ball, he was able to get to paint and hit a gentle 10-foot floater, giving the Bears the 2-point lead. Shaw would go on to orchestrate an 8-0 run, and finish out the game.

“I told our team that they’re going to make a run; we just have to withstand the last one and make ours. We were able to do that tonight,” Bobby Collins, Shaw University head coach said.