HOCO Insight: A Battle of the Cats 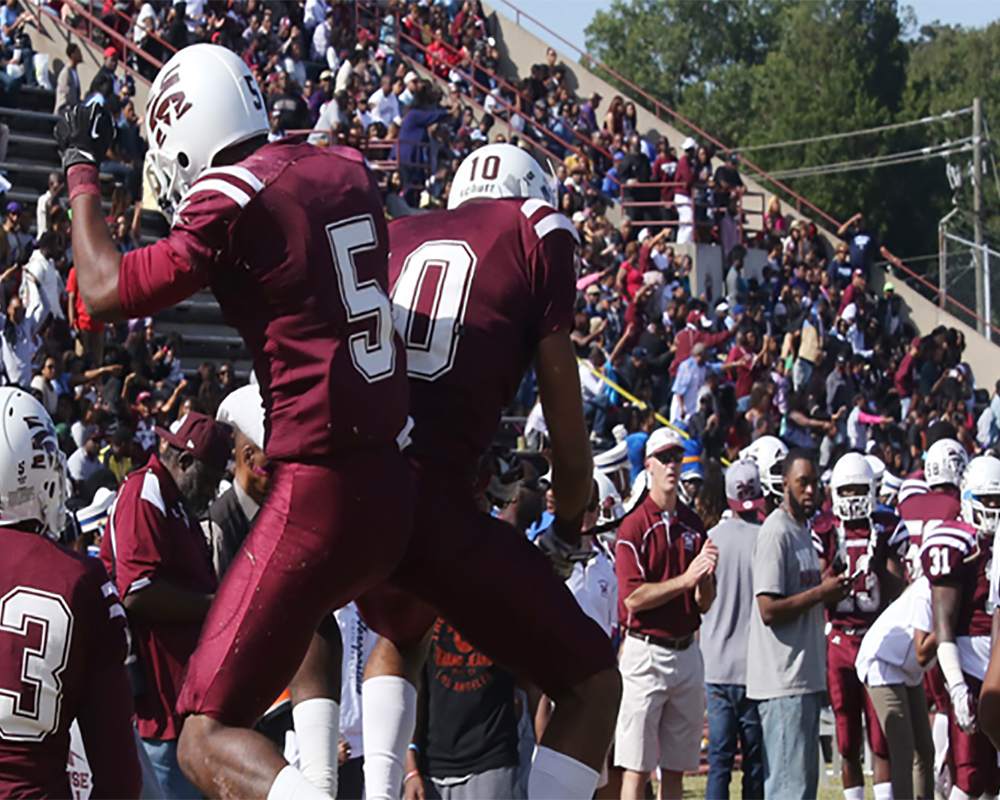 Homecoming means it’s that time of year again when people return to their beloved alma maters to reconnect with old friends to take a trip down memory lane. Thousands gather to cheer on their favorite football team and to watch the fascinating Halftime Show.

SpelHouse is no different. As thousands make their way to Atlanta for the weekend, athletes and students prepare for the sacred Homecoming game. Or do they?

The football team spends all year preparing for this one essential game, only to see empty seats throughout the stadium. Why are there not many Morehouse students supporting the football team? Would the football players rather be at tailgate?

When asked about the lack of fans, Morehouse football player Kevin Robinson stated, “That hurts. That hurts a lot. That should definitely change.”

Another Morehouse football player William Pounds stated, “I feel like they criticize us more than they show pride in us. Our coach taught us to stay together, because we are all we got. The school not going to be with us.”

K.J., a Morehouse student stated, “the team does not interact with other students at the school except for their teammates. You don’t really see the players much.”

Another Morehouse student stated, “A lot of times people come to Morehouse and Spelman to pursue careers that take up a lot of their personal time. The last thing on their mind is a football team.”

When asked what it is like to not attend tailgate, Pounds stated, “Sometimes, we’ll look over there and be like ‘damn.’ It’s going crazy. We wish we was there.” Pounds continued to say, “We feel like we missing an experience. We missing the fun. We knew it came with the territory.”

Despite Morehouse’s excellent start, many students still do not see a change in the support of the football team. “One, they are overconfident. It comes off as cocky. Second, they are not involved on campus. They don’t do anything on campus.”

When asked if they were even considering going to the game, many students simply said “No.” Their collective response: “Tailgate is way better.”

So why should students come out to the Homecoming game? Robinson states, “It’s support. It’s the ultimate support of your school. It’s a staple game on our calendar. It shows school spirit and pride. We need support to help us compete.”

In reference to the importance of the game, Pounds stated, “It gives you an ultimate sense of pride. It’s a bigger cause than yourself. It gives you something to play for. You feel the most importance for that game.”

Students, let’s rally together to help make Homecoming a true success. That will only happen if we, as students, come together on October 27th to help the Maroon Tigers defeat the Wildcats of Fort Valley State.