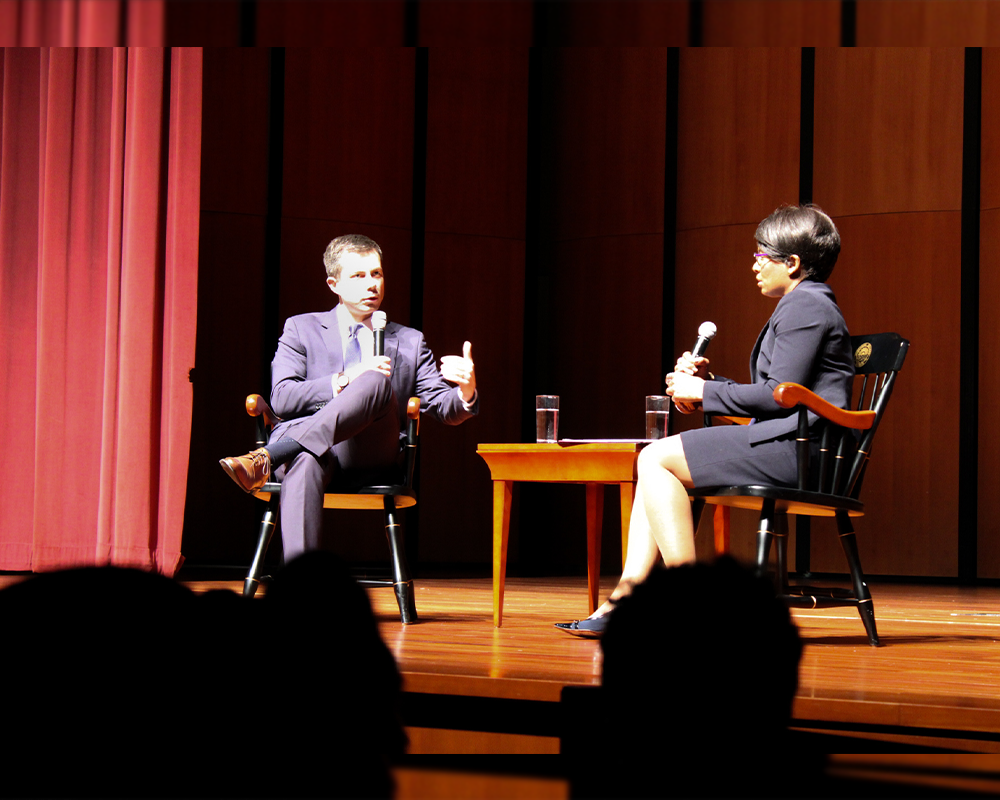 Can a presidential candidate be the front runner with little to no support from black voters nationwide? This is the biggest question facing the candidacy of Pete Buttigieg. The young pragmatic politician from South Bend, Indiana has shown he’s able to stick around in the race despite low support from black voters, however, rising as one of the top candidates in a recent Iowa poll.

So it’s no surprise Buttigieg came to another HBCU this time to have an in-depth conversation about higher education with the hopes of persuading young black voters. In his opening statements, Buttigieg started off strong receiving his first round of applause when talking about the difference between his love for the country and President Donald Trump’s love for the country.

“I’m talking about a love for a country that recognizes our country is made of people and you cannot love our country if you hate half of the people in it,” Buttigieg said.

“I am proposing that we assign 50 billion dollars in dedicated funding for HBCU’s and Minority-Serving Institutions (MSI’s),” Buttigieg said.

At the conclusion of Buttigieg’s event, the South Bend mayor was met with an overwhelmingly positive review from the crowd. Anfernee Morgan, President of the National Action Network at Morehouse College was intrigued by Buttigieg’s policies and his military background.

“His military background intrigued me because I am a part of the Air Force,” Morgan said. “After tonight’s event Buttigieg to the forefront of potential candidates that I would vote for.”

Clark Atlanta student Christina Williams also had a positive review of Buttigieg’s conversation. “ I think one thing he does very well is that he’s very personable,” Williams said. “ He comes across very real and authentic.”

John “Tre” Bowers, SGA President of Morehouse College, despite liking Buttigieg, was concerned about Buttigieg’s electability if he were to go against Trump.

“Four more years of Trump is not something this country can handle,” says Bowers.

The argument for electability is something Buttigieg himself pointed out during the conversation. Buttigieg recalled how black people always ask him if he can win and how his policies will affect them. Ranging from healthcare, education, and criminal justice reform Buttigieg believes his Douglass Plan for Black America is just that policy black people seek.

The fifth debate will take place tonight in Atlanta at Tyler Perry Studios at 9 p.m. EST on MSNBC. Buttigieg will try to carry this stream of approval and intrigue as he continues on his campaign trail. However, as the Iowa caucus grows near those concerns of electability will only grow louder but he may be able to use this momentum to gain more support from black voters.