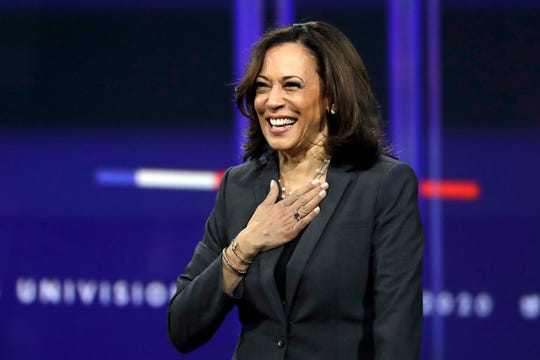 California Sen. Kamala Harris dropped out of the 2020 presidential race on Dec. 3. Harris was once a leading contender and entered the race with high expectations. She informed her staff that she was discontinuing her campaign as a result of lack of funds.

She later sent an email to her supporters explaining that her presidential campaign did not have the financial resources necessary to continue and tweeted a video announcing her decision.

“I’ve taken stock, and I’ve looked at this from every angle, and over the last few days, I have come to one of the hardest decisions of my life,” Harris explained in the video. “As the campaign has gone on, it has become harder and harder to raise the money we need to compete.

To my supporters, my dear supporters, it is with deep regret, but also with deep gratitude that I am suspending my campaign today,” the California Democrat continued. “But I want to be clear with you: I am still very much in this fight and I will keep fighting every day for what this campaign has been about. Justice for the people. All the people.”

Harris announced her campaign with an audience of 20,000 supporters in Oakland, CA. She began among the leading candidates in both polling and fundraising, but struggled in the following months. Harris dropped in polls throughout the year and her departure from the race means Democrats are losing the only black woman candidate.

She was one of seven candidates to have already qualified for December’s debate. To qualify, candidates must meet specific requirements regarding poll support and donations. With nine days left before the deadline, she was the only nonwhite candidate to qualify. A once diverse field of candidates entered the Democratic primary race, but the next debate may include only white candidates.

During her campaign, Harris highlighted the significance of introducing relevant policies. She proposed mandating equal pay for men and women, federal funding for state efforts to investigate rape cases, and empowering the Justice Department to review and block state-level abortion regulations.

Harris’ agenda involved trillions of dollars in new spending with most of it intended to combat economic distress. She aimed to provide raises for public school teachers, grants for minority home buyers, and a $75 billion plan to invest in historically black colleges and minority-owned businesses.