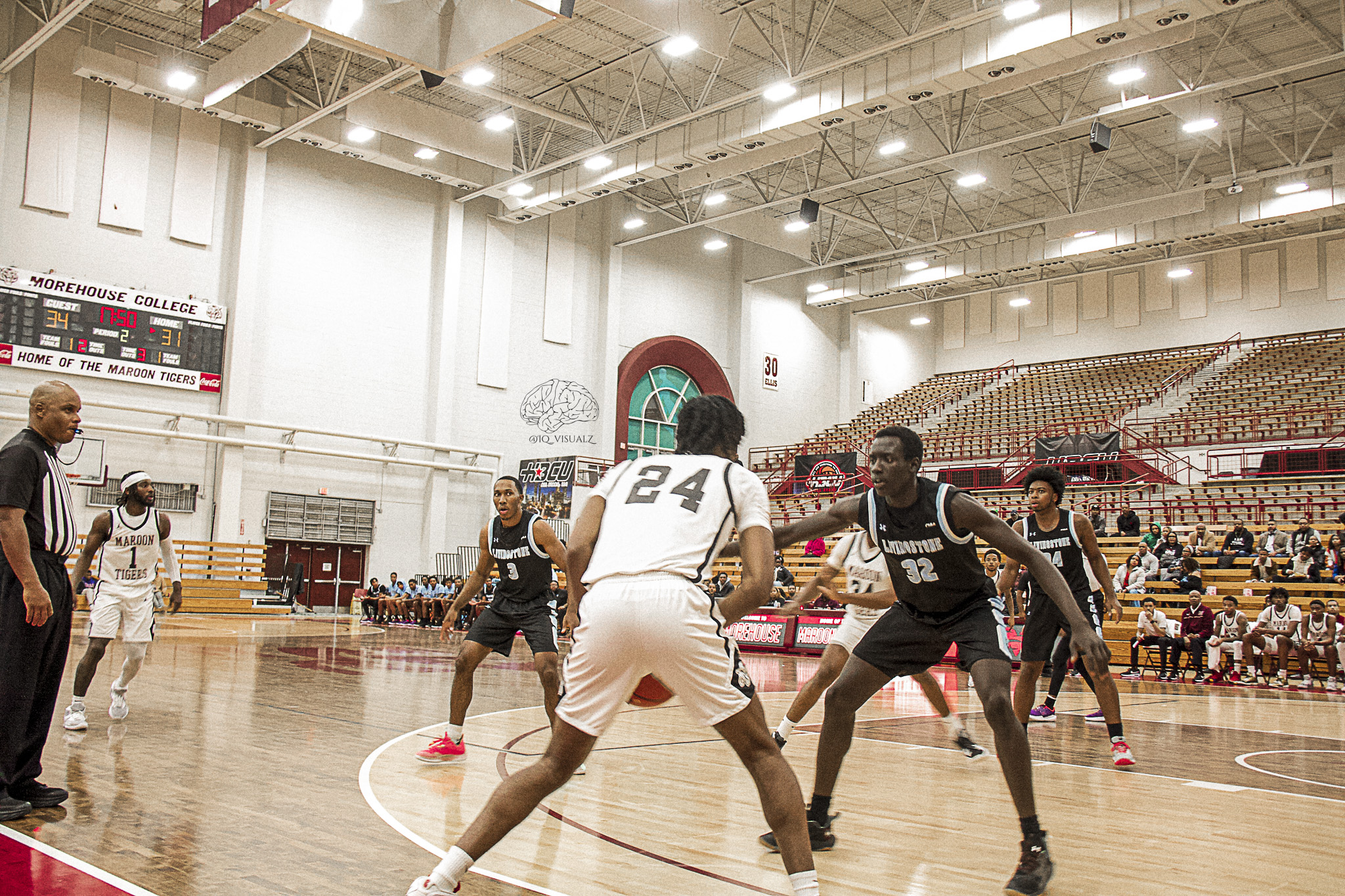 Elijah Stewart who capped off his 18-point night with a three-pointer from the corner, leaving four seconds on the clock to give the Maroon Tigers a 70-67 win over the Bears in an electrifying comeback win.

In a game of runs, the Maroon Tigers of Morehouse College overcame a late-game deficit and won in a thriller on a last-second shot giving them their first win of the weekend at the HBCU All-Star Challenge. With twin brotherly love, Andrew Stewart grabs the rebound and dishes it off to him twin, Elijah Stewart who capped off his 18-point night with a three-pointer from the corner, leaving four seconds on the clock to give the Maroon Tigers a 70-67 win over the Bears in an electrifying comeback win.

“I knew there wasn’t that much time left so once I got the ball I was going to dribble it out and look for a better shot, but as I came out I saw my brother floating to the corner so I passed to him,” Andrew said. “I knew he was going to make it.”

Elijah Stewart had Forbes Arena erupt in a frenzy after his clutch three to seal the win. He talked about the chemistry him and his twin brother have.

Our chemistry as twins we’ve worked on passing the ball so it’s one of those things that’s second nature,” Elijah said. “I work on that shot a lot so once I caught and shot it rhythm I knew it was going in.”

Throughout the game the Bears had control, but couldn’t overcome their offensive issues, turning the ball over 23 times this game, and shooting just 38% from the field.

The Maroon Tigers started the game off strong, Andrew Stewart had a game-high 21 points, hitting the Tiger’s first two shots of the game, helping them off to a 7-0 lead early. At halftime, the Tigers were down by two in a physical game resulting in a total of 20 fouls combined between the two teams.

Late in the second half, the Bears scored an unanswered six straight points, leading 56-49 with 7:43 left in the game, surprising the Tigers who turned the ball over in three straight possessions. Unrattled and composed, The Tigers cut the led late in the game, down 3 with 50 seconds left. Coming off a screen, Andrew gets fouled shooting three, hitting all three free throws tying the game at 67.

With time running out for the Tigers on their last possession of the game, Elijah Stewart caps off his 18-point night with a three-pointer from the corner, leaving four seconds on the clock. With Brotherly love, Elijah’s brother Andrew gets the game-saving block, giving the Tigers a 70-67 win over the Bears in an electrifying comeback win.