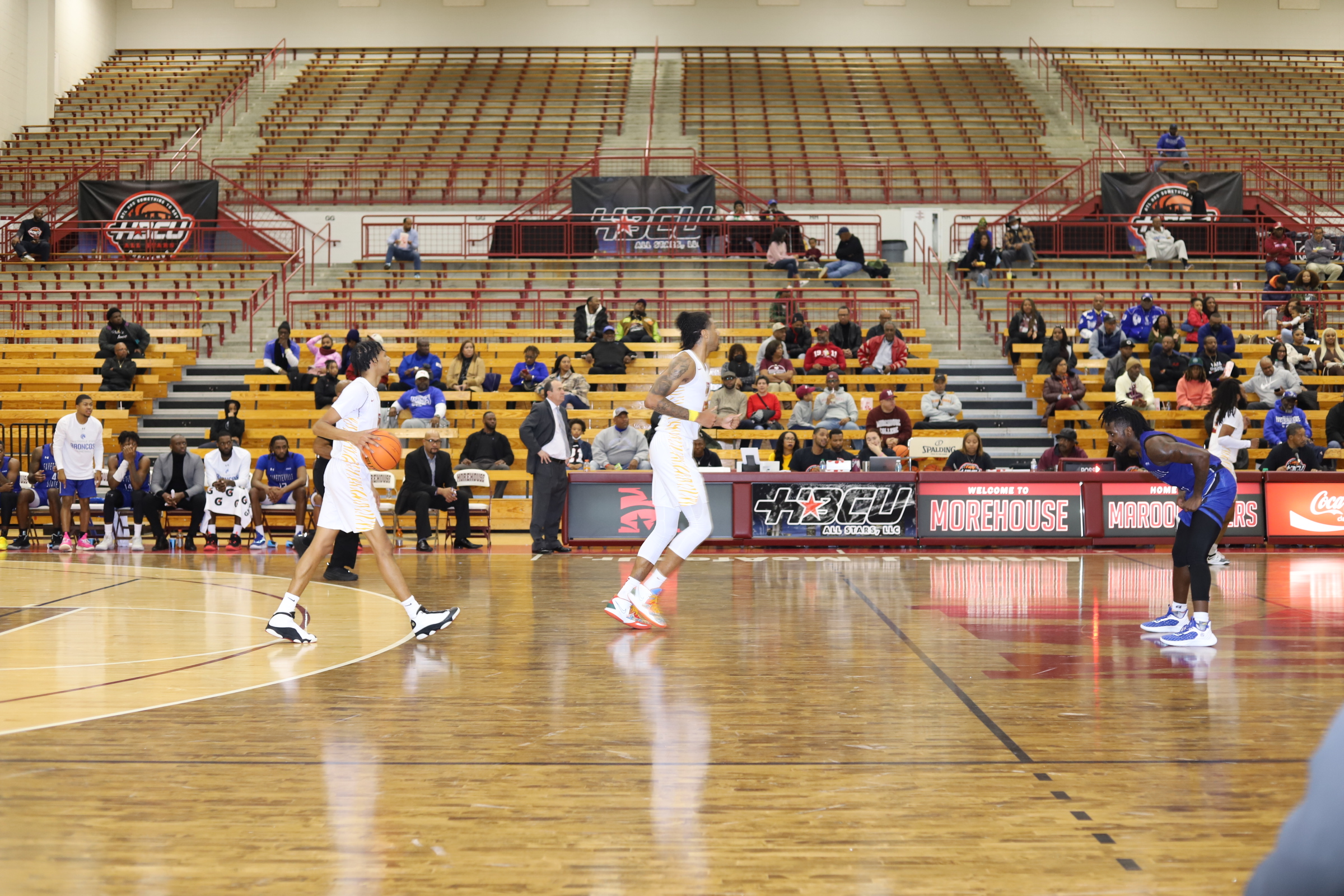 Tuskegee forward Mason Green led both teams in blocks, recording four blocks. Two of these blocks came late in the game, helping Tuskegee to fight back after losing the lead to Fayetteville in the second half. Fellow Tuskegee forward Martez Jones recorded three blocks of his home, and the entire team combined for 10 total blocks and five steals.

Despite their solid defensive play, Tuskegee struggled a lot with turnovers. They had 14 total turnovers coupled with 14 personal fouls. These allowed Fayetteville to stay in the game. Overall both teams struggled from the field. Fayetteville shot 12-58 and Tuskegee barely bested them shooting 15-52.

“We’ve had a lot of close games already this season,” Taylor said.

The end of the game had the area on the edge of their seats. Tuskegee was down by six with less than five minutes left. Tuskegee guard D’Anthony Pennington slashed through the lane putting up a tough layup that banked in high off the glass.

Time was winding down and Tuskegee needed to respond in a big way. Jones stepped up by getting a clutch rebound, finding trámate Steve Dulley for a second chance 3-pointer.

Tuskegee used this shot to propel their momentum. Gregg Boyd would go to tie the game with a tough contested side step two. Unfortunately, Boyd would go down, injuring his right leg.

Coach Taylor would comment on this injury in his interview.

“We’ve got guys still trying to feel their weight, believe it or not,” Taylor said. “Gregg Boud missed a year and a half with a knee injury, and he had another injury.”

With the game tied, the last few plays were critical. Fayetteville guard Cress Worthy, would draw a crucial foul and put his team up by one point.

In response, Green would step up again, scoring a layup off of a textbook screen and role play. After the clutch bucket, Tuskegee would follow up with a clutch defensive play. They forced a missed shot on the other end and got a jump ball.

This jump ball led to Fayetteville having to foul Dulley, who would go on to hit his two free throws.

With three seconds left, Fayetteville threw a Hail Mary pass to power forward Kaleb Coleman, who lost the ball. It was recovered by his teammate Tyler Foster who got an open last second look. The shot seemed to float to the rim, but it refused to fall, and Tuskegee took the win.