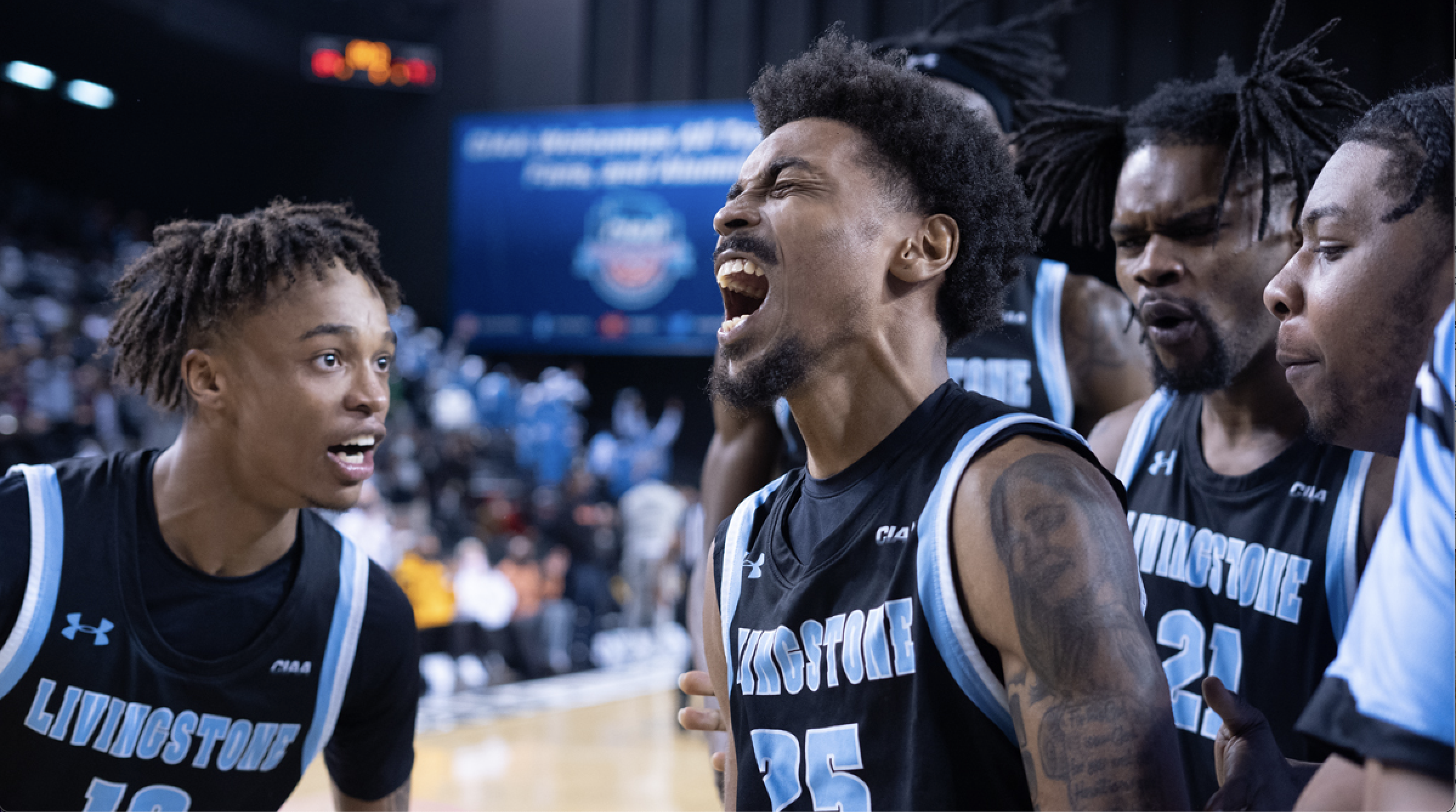 Albany State and Livingstone College went toe-to-toe in what felt like a must-win game during day two of the HBCU All-Stars Skill challenge. Livingstone would go on to win the game 63-59 to split their two games of the weekend. Having coming off of heart-crushing losses, both teams looked to redeem themselves in this matchup but Livingstone had the edge.

From the opening tip-off, the Ram’s game plan was evident; bully ball.  They scored 17 of their initial 20 points inside the paint and recorded three fouls in under 6 minutes. Livingston didn’t back dow, but as they tried to replicate that intensity early on, they found themselves in foul trouble.

Still, their lack of interior defense became costly, putting them in a double-digit deficit with 2 minutes left to go in the half. Livingston would go into the half trailing the Rams 34-27. Both teams came out of the locker room ready to play. Livingston came out hot, attacking the basket and playing stout defense.

They would go on a 0-6 run before junior forward, Maurice Dickson for the Rams knocked down a big-time shot from behind the arc. This gave fans a refreshing sight as both teams struggled from three. The Rams would go on to shoot 3-22 from behind the line, while Livingston wasn’t much better, shooting 0-12.

Much like the first, the second half was dominated by interior force. With 3 minutes left to play, freshman Guard, Terin Wofford for the Rams flew through the lane finishing a galvanizing put-back dunk, resulting in a complete crowd eruption.

The teams would continue to go back and forth until junior forward, Detienne Leach for Livingstone finished a controversial hop step, giving Livingston a 5-point lead with 3 seconds to play. The rams would turn over the ball with their last possession, relinquishing any hope of a comeback.