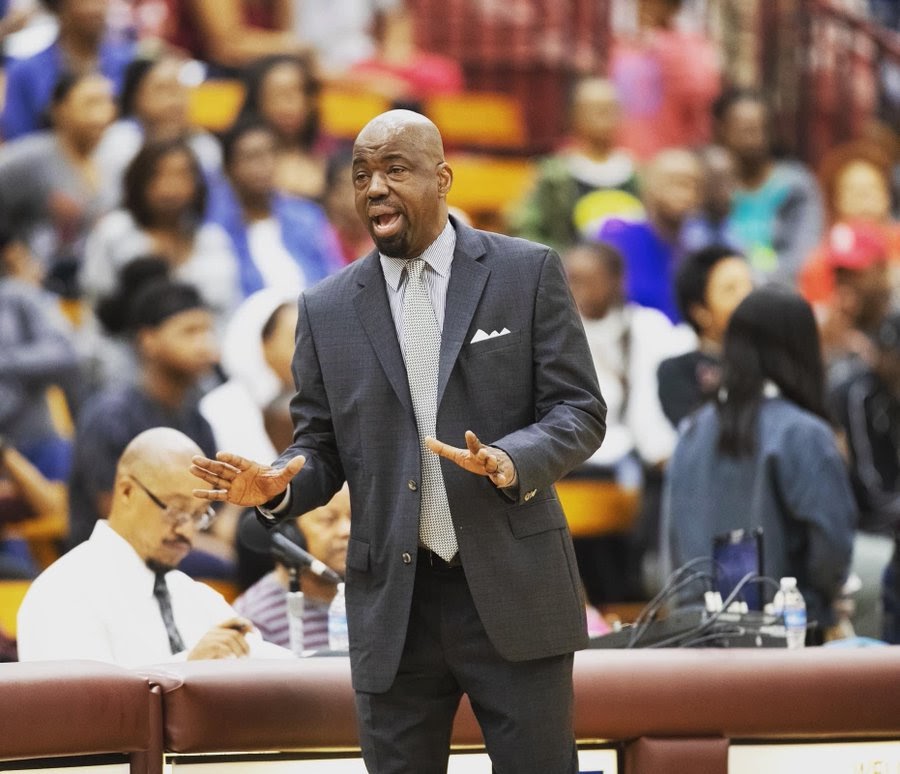 The life lessons coach Grady Brewer taught his players were vital to their path to become productive men in society. He served as a father figure to many before his death on May 29.

In a statement Sunday, Morehouse’s Athletic Department said the 1980 Morehouse alum died from an illness. He was 63.

For 21 years, Brewer served as a staple for the Morehouse basketball program. During his tenure, he led the Maroon Tigers to a 315-241 record, which puts him second all-time in wins for the HBCU. His resume also includes an SIAC tournament championship, seven SIAC regular-season championships, and three NCAA tournament appearances.

Although Brewer accomplished a lot for the program, his impact on his players, coaches, and opponents went beyond his legacy as a coach.

In a tweet on Sunday, Kentucky men’s basketball coach John Calipari had kind words to say about Brewer.

“We lost a great man this weekend,” he said. “Morehouse basketball Coach Grady Brewer passed away. Coach Brewer made a tremendous impact on hundreds of young men in more than two decades at Morehouse. My thoughts are with his loving wife, Loletta, and his three sons, Ryan, Xavier, and Jordan.”

An example of Brewer’s impact on Black men is a player who faced off against Calipari’s team in 2011. Andrae Nelson played for Brewer from 2009-2013. As a walk-on, Nelson described their relationship as a love-hate one in the beginning. He then soon realized his coach’s true intentions.

“The reality was that he felt like he saw something [in me],” he said. “He was willing to apply pressure, and I appreciate that he wasn’t going to let you walk around with your pants hanging down and things like that. He just had certain principles about him, but looking back now, I’m just very thankful for that.”

Nelson also added how much of a father figure Brewer was to him. Brewer embracing the father figure role was a common denominator for many of his players.

In his best season as a coach, 2017-2018, he led Morehouse to a 24-1 record with star player Tyrius Walker playing point guard. In a statement on Twitter, Walker mourned the death of his mentor.

“Rest Easy to my Bestfriend, Mentor, Father Figure, Coach, and the guy that gave me a chance and believed in me when nobody else did,” he tweeted. “Too many memories and talks that I will never forget, I Love you, Coach Brewer.”

The love was shared by many of his players in his two-plus decades at Morehouse. His former player and now an assistant coach for the Morehouse basketball team, Harold Clay, explained on Twitter how Brewer made him evolve from a boy to a man.

Through his family, players, and Morehouse, his legacy will continue in the world. Nelson wants the world to remember his coach by knowing he was a man who walked with a purpose. One thing that is certain is he will be remembered as a husband, father, and a friend of many.